Acer has announced the first Chromebooks powered by Intel's Core i3 processors.

Chromebooks have obvious enterprise attractions: the minimal OS looks to offer a small attack surface and leans so heavily on cloud storage that chores like backup could be less onerous. Throw in the fact that VMware and Google have struck a deal to pipe apps and desktop-as-a-service into Chromebooks and the devices look to offer an interesting alternative to conventional laptops.

Acer's move adds another attraction: a decent amount of processing grunt. The Core i3 is a two-core, 22nm Haswell affair released in 2013's third quarter. In other words, not a fading glory. It's also not cheap: Intel's “tray price” - the nominal price Intel charges OEMs – is $US275. 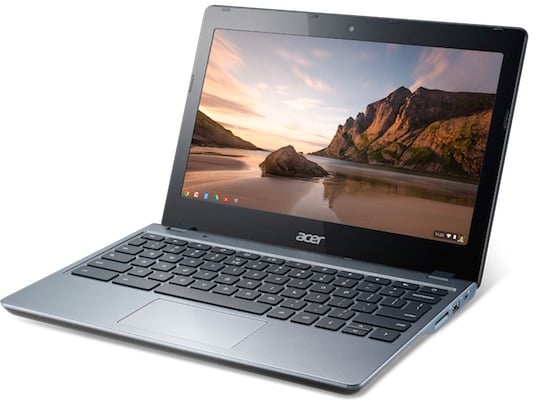 What's that you say? Google is sitting on a mountain of cash, has a very obvious interest in getting more Chromebooks into more places and might be doing something to keep the cost of Core i3 kit low? We'd never have guessed. ®