My life according to a Google Arse 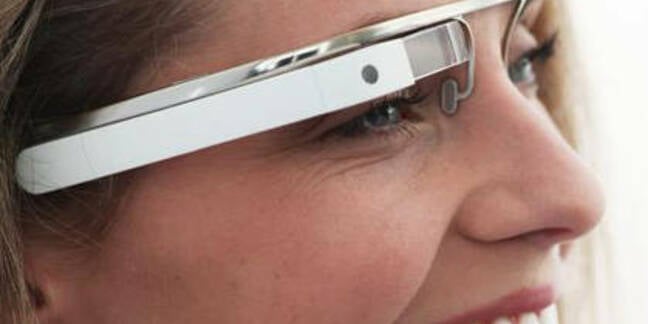 Something for the Weekend, Sir? What do the following have in common: a hand holding a half-litre carton of milk, the back of a balding head, a grinning selfie taken in a mirror and a wonky street scene with nothing of any interest going on?

A number of colleagues have spent the last few weeks playing the part of volunteer Glassholes and have been telling us how exciting the experience has been.

If we don’t believe them, well, just look at the scintillating proof: one of them can actually photograph the carton of milk in her hand as she carries it back home from the local shop! How did she ever manage to do this before Google Glass?

Without her Giggle Specs, these little slices of life would be forgotten. That carton of milk would have remained unrecorded, the balding head unshared, the selfie unshot and the street scene ignored. What a tragedy that would be, what a loss to the world.

Hmm. It’s not exactly attack ships on fire off the shoulder of Orion or C-beams glittering in the dark near Tannhäuser Gate, is it?

To be fair, these colleagues are freelancers who’ve had to buy their Google Glasses with their own money in the hope or expectation of writing up their experiences for newspapers.

If the Giggle Specs had just turned up unsolicited in a box from a PR company, these same reviewers might have been more critical, but the act of spending your own money tends to focus the mind. As a result, these normally dour and hard-to-please IT hacks have spent the last few weeks doing Brian Cox impersonations: “It’s amazing!”

All this Google Glassy-eyed wonderment is getting rather grating, to be honest, and I can see it ending in tears before long. Ill-conceived love, as Ebenezer Blackadder explained to his shrill god-daughter one fateful Victorian Yuletide, is like a Christmas cracker: one massively disappointing bang and the novelty soon wears off.

To be fair yet again, the Giggle Specs HUD, connectivity smarts and wobbly head gestures are something you have to experience for yourself and can’t merely be described to someone else or demonstrated with a bland photo. By all accounts it’s an amazing product that does all this amazing stuff that is amazingly amazing. I should bloody well hope so too, otherwise it would just be a ridiculously expensive but disappointingly shit digital camera connected to an overblown social networking service that you don’t use.

The issue of privacy is often raised but I’m afraid that boat sailed long ago. It’s hardly as if Giggle Specs adds to surveillance culture – if you don’t realise you’re already being watched and have been for years, you’re clearly not a regular Register reader.

No, the stories we hear about Glassholes being threatened in the street by unhappy punters are less about privacy as the fact that most sane people naturally feel uncomfortable when a camera is pointing directly at them.

Imagine you’re standing at a bus stop and a stranger walks over, holds up a smartphone in your face and takes a couple of snaps. Creepy, right? Now imagine standing in that bus queue next to a stranger wearing Google Glass. Every time he turns in your direction, you’re going to flinch.

But this feeling won’t last. It used to freak me out using a laptop with a built-in webcam staring at me all the time. I even used to put masking tape on the lens to protect my privacy, but these days I couldn’t give two hoots. Paranoid I may be, but I doubt the months of digital video held in NSA vaults of me picking my nose are going to get me rendered on a top-secret Ryanair flight from Stansted to a five-year waterboarding holiday at Guantanamo.

No, what’s going to kill or save Giggle Specs as a popular consumer product this Christmas – other than more interminable rumours of wanky wristwatch with a battery life of half a day – is how easy it is to use out of the box. All that nodding and twitching and flicking doesn’t sound so great. Whiplash could be the new RSI.

A fellow was telling me this week about an experiment he instigated in which a group of tweenagers was shown a 1960s-style portable gramophone record player but they weren’t told what it was. Within a minute, they’d guessed it. No more than 10 minutes later, they had worked out how to play a record and adjust the volume. No doubt, given a little longer, they’d have determined how to balance a stack of 45s on the spindle to create a rudimentary playlist.

Ten minutes to work out how to use a record player? That’s as resounding an endorsement as you’re going to get for a tech product. I’ve been fiddling with iTunes for years and still can’t get the fucking thing to do what I want.

Picture me (and specifically the back of my balding head) this Christmas, excitedly opening an amazingly lightweight box containing an amazing pair of my very own amazing Giggle Specs. And then… it will all go wrong. What ought to happen is that, like the aforementioned tweens, I’ll play around with this amazing gadget and get it working within 10 minutes. What will actually happen is that I’ll switch it on, have a laugh and then forget all the complex instructions I didn’t bother reading anyway.

I’d be like my mum, who would always have to be reminded that she’d put on a Christmas cracker party hat at lunchtime and would wear it all afternoon, all night and even come down for breakfast on Boxing Day morning unaware that it was still on her head.

Before Christmas Day is out, my hitherto untouched Google+ profile will be filled with things that I have experienced with my Giggle Specs, whether I intended to capture them or not: the presents, the fairy lights, the Queen’s Speech, bits of a James Bond film, and the cooking and subsequent eating of the Christmas dinner.

Blurred shots of the front door as I walk across the hallway. A ceiling lamp. Part of a wine glass. A wall. My feet. The hook on the inside of the bathroom door. A shower curtain rail pulled back. A discarded jumper on the floor. My hairy nob as I pull down my underwear…

All these memories deserve to be lost in time like, oh I dunno, tears in the rain. Instead, my inability to make any sense of Google Glass will ensure they go viral for all eternity.

Regular readers may wish to take note of the following email that I received this week. And you thought I was joking. 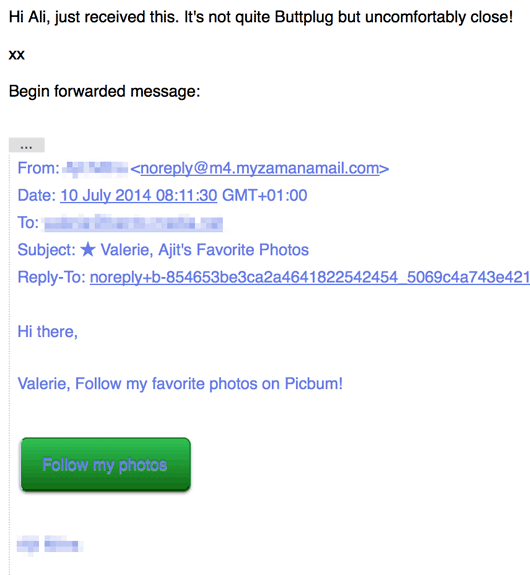 Alistair Dabbs is a freelance technology tart, juggling IT journalism, editorial training and digital publishing. He understands industrial engineers are hard at work developing ways to miniaturise Google Glass to make it more comfortable and convenient. He is secretly excited about this. Or not too secretly, given that none of us have any secrets any more.

Can you code a way to foil online terrorist vids? The Home Office might just have £600K for you

UK.gov wants 'algorithm' to be shared with other tech firms

Something for the Weekend, Sir? These things can mess with your brain

Something for the Weekend, Sir? God money I’ll do anything for you

After complaints over leaked Voice Assistant recordings, Google says: We hear you