Just a matter of time before Tinba Trojan copycats arrive 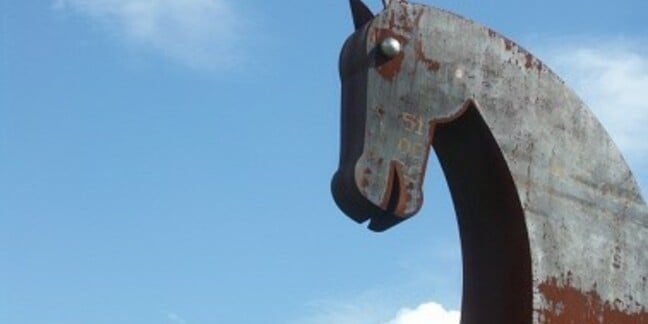 Miscreants have released the source code for the Tinba banking Trojan in a move that may spawn the development of copycats.

The secret source behind early versions of the small (some versions weigh in at just 20KB) but pernicious banking Trojan was released through an underground forum last week, reports Danish security consultancy CSIS.

Members of the closed forum can download the code at no cost. Its wider availability in coming weeks is therefore more than likely.

Tinba first appeared in 2011, but its development was taken over by a separate gang of cybercrooks the year after, possibly after the code was sold on by the original crook(s).

Only the older version of the Tinba Trojan has been offered up for sale through the post in a closed cybercrime forum, but this is still bad news because the release could act as a seed from which a new offshoot of the banking Trojan is grown, CSIS warns.

"Sometimes around 2012, the Tinba version 1 source code was taken over by new criminals and it is precisely the version 1 source code which has now been made available to the public and not the code being used in current and ongoing attacks," Peter Kruse, a partner and eCrime specialist at CSIS, explains in a blog post.

"The Tinba leaked source code comes with a complete documentation and full source code. It is nicely structured and our initial analysis proves that the code works smoothly and compiles just fine," Kruse adds.

Kruse told El Reg that he suspects the original miscreant was prompted to ditch the project, possibly over concerns his identity might have been exposed by analysis (PDF) of his efforts.

"Perhaps the author saw his name in one of the reports we published in 2012 and decided to quit the project," he said. "That would make sense as the Tinba code is obviously been reworked and improved by other criminals."

CSIS was the first to report when the source code for the infamous ZeuS crimekit leaked onto the interwebs back in 2011, an incident that spawned the creation of copycat code. The release of Tinba source code represents a similar but lesser risk. This is mainly because ZeuS has long been the weapon of choice for cybercrooks, whereas Tinba in all its forms is a far less frequent threat.

"As a direct result of the ZeuS source code leak, several IT criminals have been inspired and have even improved the code for newer and more powerful commercial crimekits such as Citadel," Kruse said.

"We don't expect the source code of Tinba to become a major inspiration for IT criminals as was the case for ZeuS. However, making the code public increases the risk of new banker Trojans to arise based partially on Tinba source code," he added. ®