Cheap-as-a-chips virtual-machine hoster Digital Ocean has put roots down in the UK by opening up its first bit barn in Blighty.

The US cloud company, based in New York, said on Tuesday that it had opened the doors on its "London" (LON1) data center.

Though its branding for the new server warehouse featured London landmarks such as Big Ben, the London Eye, Tower Bridge, the shapely Gherkin, and St Paul's Cathedral, El Reg must note that the servers are in Slough – not London.

Specifically, Equinix's LD5 data center – which has a number of security measures including a "ballistic glass mantrap and air lock". It's a little beyond the M25 enclosing the capital:

LON1 is Digital Ocean's seventh data center; it has two facilities in New York, two in Amsterdam, one in San Francisco, and one in Singapore. 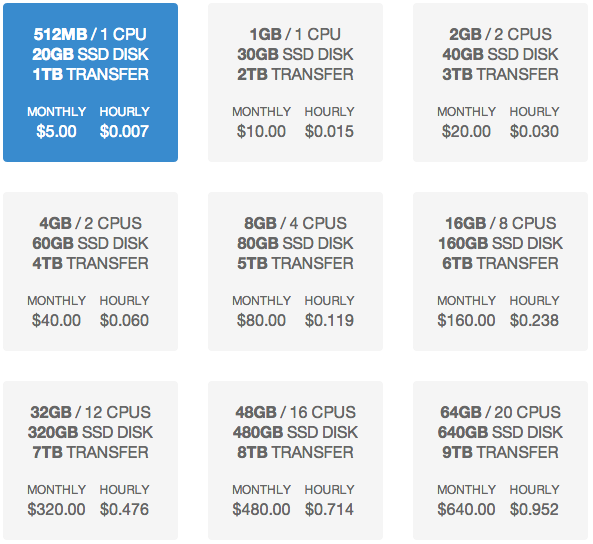 Digital Ocean's pricing for all locations (click for more)

The LON1 facility is "twice the size of our normal initial footprint," said Digital Ocean chief executive Ben Uretsky in a chat with The Register.

The company anticipates a lot of demand for the servers, he said, and added: "We feel very confident that we can support whatever use case our users put on the product." Most of Digital Ocean's equipment is Dell and SuperMicro servers, he said, and the company has developed its own proprietary cluster manager rather than using tech like OpenStack.

"While there are a lot of tools out there we don't see too many success stories of people that have taken those tools and leveraged them in a commercial format," Uretsky explained.

The greatest risk Digital Ocean faces is probably straying from its main goal of providing developers with a simple and cheap platform for accessing servers, he admitted.