Seagate chances ARM with NAS boxes for the SOHO crowd

There's an Atom-powered offering, too 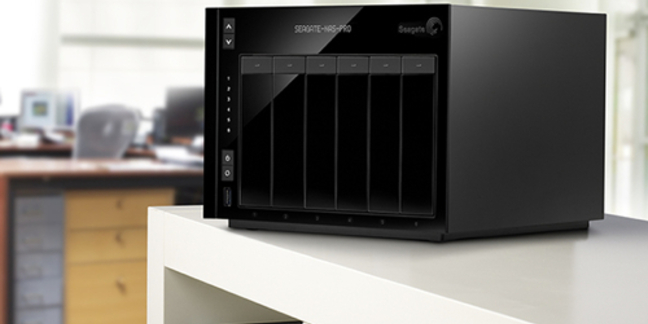 Small Office Home Office (that's SOHO to you) and SME NAS supplier Seagate, which also makes hard disk drives and SSDs, has launched a pair of ARM-based and Atom-based desktop 2- to 6-slot filers with a set of minor productivity apps and remote access.

Supported Seagate NAS drives run up to 5TB in capacity.

There is no 5TB NAS drive described on Seagate's website, yet Seagate is quite clear in its release: "Each NAS is populated with Seagate’s best-in-class NAS HDD drives in capacities up to 5TB."

We might assume that, like the other 2TB - 4TB NAS drives in Seagate's line-up, it spins at 5,900rpm and uses a 6Gbit/s SATA interface.

Seragate has an eight-bay rack-mount NAS using 4TB drives. It might get these secret 5TB spinners and pump its capacity up from 32TB to 40TB.

Seagate says it is “designed to perform well in multi-user and multi-dimensional environments [with] bandwidth to support fast and frequent file sharing between employees, as well as multiple applications running simultaneously.” 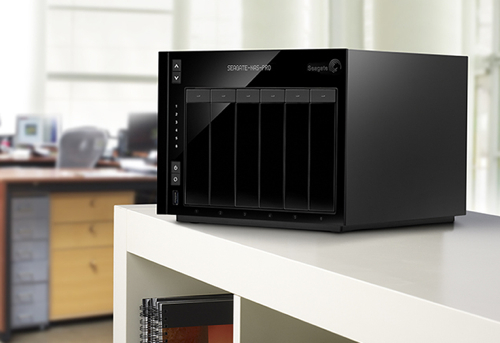 The Seagate NAS and NAS Pro products will come with five apps at launch:

More will be added in the future. Whether this app software is useful or just added value buying bait - “Look what we get for free with the boxes!” - depends on whether you need any of them and don’t have them already on the PCs and notebooks, and tablets and smartphones, you’ll use to access these boxes.

Seagate's LaCie business uses 5TB drives in its external storage products – such as the 5big with up to 25TB capacity.

Prank warning: You do know your smart speaker's paired with Spotify over the internet, don't you?

Consumer IoT PITA to secure but not impossible, report warns

We've already made that 'Royole with cheese' joke, right?

Can't you hear me knocking? But I installed a smart knocker

Something for the Weekend, Sir? I'll huff and I'll puff...