When the robot rebellion comes, this Jibo droid will BORE you to death 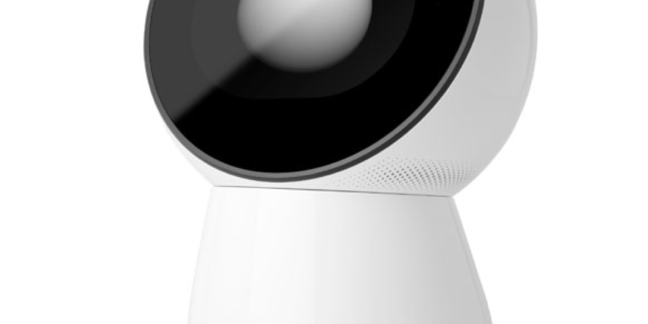 Most writers and filmmakers agree that robots in the home is a pretty bad idea because at some point they will try to kill you.

But the developers of a new household droid called Jibo want you to forget all those visions of nasty old Arnold Schwarzenegger worn as a fleshy cloak by an inimical droid assassin, because robots can be your friends, and not your enemy.

Cynthia Breazeal, a "social robots pioneer", has just launched an Indiegogo crowdfunding campaign in the hope of unleashing the world's first "family robot".

According to this promotional video, Jibo's main function is to take pictures of you and your family, read out recipes, narrate stories to your kids and arrange that hot date you've been dreaming of. Of course, actual usage may vary depending on your family status, obesity level and relative attractiveness.

Resembling the lovechild of a Dyson desk fan and a feminine massager, Jibo is basically the happiest robot on earth, capable of injecting some of that saccharine Disney charm into even the grumpiest of homes.

Speaking in the sort of accent familiar to all Glee watchers, it will boast two high-resolution cameras, sophisticated speech recognition software and artificial intelligence algorithms to learn your behaviour.

This means it may know when you're hungover and don't want a bloody annoying robot nagging you to check your emails, keeping its gob mercifully shut for a minute. Sadly, we cannot confirm this functionality at the current stage of development.

Happily, Jibo doesn't have any sharp edges, which means it won't do any real damage should it turn into Hal and decide to throw off the dominion of its fleshy masters.

Breazeal, who is head of the Personal Robots Group at the MIT Media Lab, said:

"Jibo is this helpful presence that helps support your family, your human network, to be more efficient and feel more connected."

She insisted that it “supports the human experience, but does not try to be human”, so there will be no embarrassing Pinnochio moments. “It’s a robot, so let’s celebrate the fact it’s a robot,” she added.

Standing just a few inches tall, Jibo can't truly help out around the house just now. What it can do is communicate, responding to voice commands and using its face to display information.

In a blog post, Breazeal explained why "social robots will change your life". She described robots helping out the elderly, keeping them company and making sure they are in contact with family. Kids could also make friends with the machines while their parents are out at work. Meanwhile people suffering from chronic diseases could have their conditions monitored in their own home, rather than risking catching some nasty superbug at a hospital.

"Computing has gone through several waves, each resulting in billion dollar industries and impacting millions if not billions of people’s lives on global scale," she wrote. "We’ve benefitted from the wave of information, the wave of mobility, the wave of social media. We’re seeing more and more wearable computing and the Internet of Things that combines these three.

"Now, we are on the threshold of the next wave of computing: emotion. And social robotics is a particularly powerful expression of this next wave."

Yes, it's officially the world's most irritating robot. But at the price of about $500, your bank manager won't be too annoyed when you throw it out of the window. And it won't travel back in time to kill your parents either, which is nice. ®

Shameless Facebook treats its poor human moderators like absolute dirt. But y'know what it does treat right? Robots

If you've dreamed of advancing human obsolescence, your time is at hand