The current reform process got going in May 2011 with a “blueprint” for IP rights reform, kicking off a long and cautious consensus-building process by the Internal Market Commissioner Michel Barnier (DG-MARKT).

Barnier’s team was expected to publish a White Paper, the most recent version of which has been leaked. However the Digital Agenda Commissioner Kroes ("DG-UNICORN"), who has played host to Silicon Valley-funded academics such as Larry Lessig, reportedly "marshalled opposition inside the Commission to Barnier’s paper".

Adoption of the white paper has since been delayed until September. "That pushes the publication date even closer to the end of the current Commission, and runs the risk that it may be deemed too controversial to publish. "The hearings for new commissioners are expected to take place in September,” notes the European Voice.

The Dutch EU Commissioner for the Digital Agenda appears to have taken to tech-friendly reform with a born-again zeal.

Kroes' big idea could have been hatched in a Menlo Park VC’s office. She wants a user generated content (UGC) exception to copyright law. Indeed, she banged the gong for the UGC exception in a typically Kroesian speech at the start of the month, where she argued: "In 2009, Japan introduced a copyright exception covering text and data mining: including for commercial use. In Canada in 2012, they added an exception for non-commercial user-generated content. In none of those places has the sky fallen in."

A user-generated content (UGC) exception to copyright law would prevent ordinary people being paid for work they post on the internet, a move which benefits large aggregators of “content”, such as Google’s YouTube and Instagram at the expense of amateurs. It also benefits large publishers.

If you create a clever viral, your work could be used freely and you wouldn’t get a penny. (Of course this is what aggregators want to achieve via contract - see the Instagram saga - but a formal legal exception would mean the end to all those messy user protests).

It would also deprive small labels from the trickle of income they get from YouTube’s blanket licences, when their music is used in a wedding video or clip.

Unusually, Barnier slapped Kroes down very publicly after the speech.

What was in the white paper?

Barnier’s Internal Markets team [leaked draft] recommended initiatives in various areas, such as data mining and harmonising teaching exceptions, and concluded that the UGC exception wasn’t needed because YouTube was already licensed to the gills: no rightsholder has sued anyone for UGC uploads in years, although the odd individual (like Prince, who you could say is a very odd individual) occasionally makes a complaint. These are the rare exception, not the norm.

Instead, DG-MARKT recommended that the EU should encourage easier licensing of works (such as the UK’s copyright hub) and platforms should adopt better, interoperable tools for identifying works. The focus was on UGC creators actually getting a fair deal. 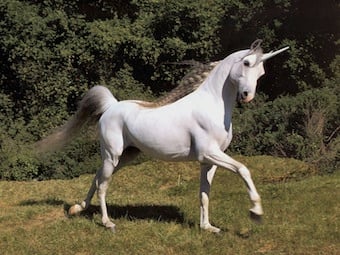 So just why would Kroes support the removal the right of ordinary people to be paid - and try and sell this as a “progressive” measure?

It’s because late in life, Kroes discovered the Silicon Valley ideology of techo-utopianism. This ideology comes with its own prêt-à-porter, policy agenda, and Kroes' team swallowed it wholesale.

As we wrote here recently, Kroes’ stint as the “digital agenda” Commissioner squandered the opportunity for Europe to create a distinctly European digital policy agenda of its own.

Instead, it imported the US’s now rather clichéd one (last week she was "learning to code") – it's just one that everyone else happens to have seen and rejected. Thus Europe becomes the dustbin for bad ideas - powerfully backed by the lobbying muscle of its enormous corporations.

Both Barnier and Kroes leave at the end of this Commission, which is in its dog days. ®