Probe reveals US banks just as wide open to hacking 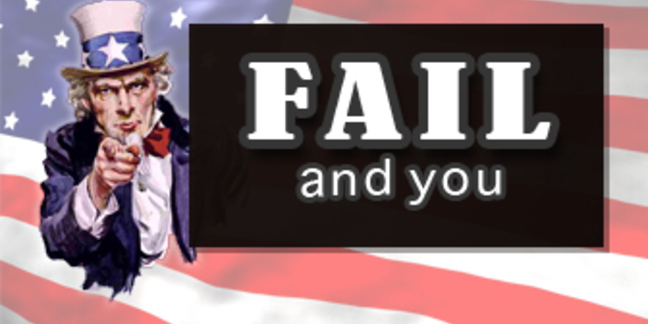 NASDAQ servers were infected by malware that exploited two mystery zero-day vulnerabilities, according to a magazine cover story published today.

Despite spending a ton of money on computer security, the stock exchange was wide open to attack, we're told. Today's report pulls back the curtain back to reveal a little more about the attack on NASDAQ software first reported in February 2011.

In 2010 the FBI noticed odd network traffic coming out of NASDAQ's systems that indicated a malware infection. The feds alerted the exchange, which knew about a compromise but had neglected to tell anyone about it. A five-month investigation by the FBI, NSA, CIA and US Treasury Department ensued.

What emerged, according to a Bloomberg investigation, was that malware used two unnamed security holes, for which no patches existed. The biz mag was not able to reveal which software was attacked, nor whether the zero-day vulns were used to infect systems or to exfiltrate data, and so on.

Analysis of the attacking code, we're told, showed that it was similar in design to malware written by the Russian Federal Security Service for spying and, according to the NSA, had the ability to seriously disrupt the exchange's activities.

But, really, the malware could have come from anywhere, Bloomberg notes.

Efforts to investigate the infiltration were hampered from the start by poor security practices within the exchange, it's claimed. Daily server logs, which could have shed more light on any malicious activity, were largely unavailable.

Once the network traffic was analyzed, investigators found multiple infections, and believe malware grabbed data from the exchange and leaked it. But it's not at all clear what exactly was swiped, if anything.

Still, one investigator described the servers as “the dirty swamp.”

This prompted the g-men to check out ten US banks to see if there had been cross contamination from NASDAQ. Not all of the banks agreed to take part, but of those that did none had been infected by the NASDAQ malware. However, almost all could have been as their computer security regimens were so lax.

In February 2011, NASDAQ alerted customers that it had been under attack, and added some more details in October of that year. NASDAQ chief Robert Greifeld said at the time that his exchange spent nearly $1bn on computer security.

If the Bloomberg investigation is accurate, The Register wonders what that money is being spent on. Maybe the $600,000 per month the former head of the NSA wants to charge banks for security advice isn't that outrageous after all. ®

Hey boffin, take a walk on the wild side: Stuffy academics need to let out their inner black hat

If hackers and nerds played together nicely, security would benefit, reckons compsci boffin