It doesn't have one

Review The Lumia 930 is the first upmarket phone in eight months from Nokia's former mobile phone division – now owned by Microsoft. The "Microkia" offering is a solid but quite unspectacular upgrade for Windows Phone users.

However, there's nothing really new here. If you're looking for a phone with something distinctive, a bit of a wow factor, you may wish to wait until later in the year, when, hopefully, the buggy and crufty Windows Phone 8.1 release should be in better shape. 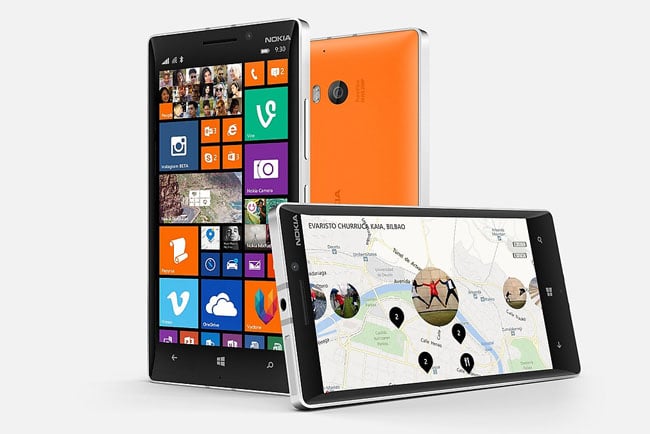 Nokia's colourful budget Lumias have been a great success at the pay-as-you-go and sub £20/month contract end of the market. But it has been a different story at the £25/month contract and higher end.

And it's not hard to see why: you forgo a rich app ecosystem. In return, Nokia provides you with some decent consolations: superb build quality, usually excellent displays, wireless charging and the assurance of the Nokia brand.

Moreover, on some phones, there's a USP of exceptional imaging. So if you aren't an apps or games person, this was a reasonable proposition. The handful of users touting Lumia 920s, 925s, and 1020s and 1520s give high Net Promoter Scores - and are pretty happy. 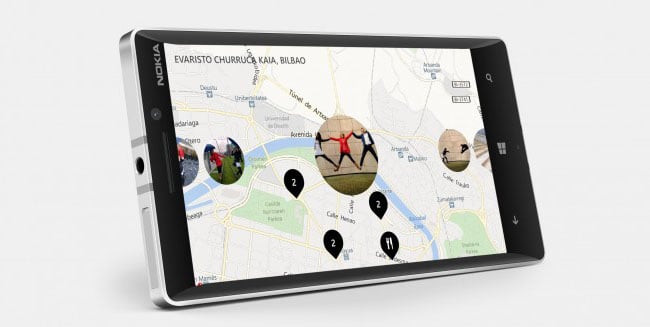 Overall, it has been a hard sell. In a hyper-competitive and, frankly, over-saturated market, flagship phones need that splash, that "consolation prize" for the user. Microsoft's ex-Nokia team describes the Lumia 930 as its latest flagship, but the device doesn't really come with a USP. In truth it doesn't really feel like a distinctive Lumia; encased, it looks like an iPhone. And in fact, it's not a new device at all. The 930 is fundamentally the same model that has been on sale in the US for eight months (marketed as a Verizon exclusive under the name "Nokia Lumia Icon”).

The 920 and 1020 each had unique imaging capabilities – with the 920, wobble-free video and decent low-light photography, with the more-talked-about-than-bought 1020, lossless 2.5x zoom. The 930 doesn't. The handset can't be faulted for any one standout flaw, but sadly there's no such standout feature either. And at the £33/month contract segment, it probably needs that.

As a consumer, you simply take fewer risks with a comparable Android such as the HTC One M8 or LG G3, which are pretty “splashy".

There’s no faulting the build quality of the Lumia 930, even given the distinguished Lumia pedigree, this is a rock solid design. Like the Lumia 925 that it supersedes, the 930 is a combination of aluminium frame and polycarb back. The back plastic comes in radioactive, dayglo green and orange in addition to white and black, although not all retailers will sell the full range.

It weighs in at 167g, and it's a very heavy 167g. In blind tests, people thought the HTC One M8 was by far the lighter device, even though it’s taller. You certainly feel the weight in your trouser pocket. 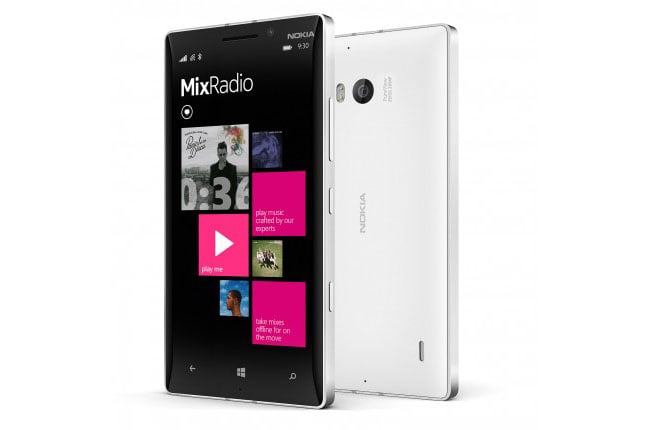 How about Nokia Mix Radio as a USP? Nope, all the Lumias have it

The phone's full AMOLED HD screen is excellent. In real life, Nokia's Lumias have the best displays: they’re far more usable outdoors – particularly in sunlight. Here, unfortunately, the compulsory 3-column home screen setup (you can’t switch back to the traditional Windows Phone two column view) made the Tile text very hard to read; whereas on the 6-inch 1520 and 1320 the three-column view works wonderfully.

Tiles, in any case, are a casualty of the Windows Phone 8.1 makeover and have been deprecated. A few users had been expecting Tiles to support more information (more than one Calendar event, or one email header), but that hasn’t changed. More about 8.1 below.