IBM's GPFS marries LTFS: You may now kiss the enterprise

Parallel file system says 'I do' to tape

LTFS comprises a self-describing tape format, with metadata on the material at a known location defining the tape’s file contents. LTFS supports LTO5, LTO6 or TS1140 tape, and a host computer can use LTFS, for example, to set up a drag and drop, file:folder graphical user interface to the tape.

While GPFS is being rebranded Elastic Storage, IBM is developing an LTFS EE (Enterprise Edition) product that provides a link between GPFS and LTFS.

Frank Kraemer, an IBM client technical architect for IBM Germany, says you can “put any LTFS tape in the tape library, import it with LTFS EE commands and the data will show up in your GPFS filesystem defined by your import rules.”

It works because LTFS EE “uses an internal 'hidden' GPFS filesystem to keep the metadata of the LTFS to GPFS mapping.”

This provides a way for bulk GPFS data that has a low access rate, but needs to be retained, to be stored on low-cost band reliable tape, avoiding it occupying expensive disk space. 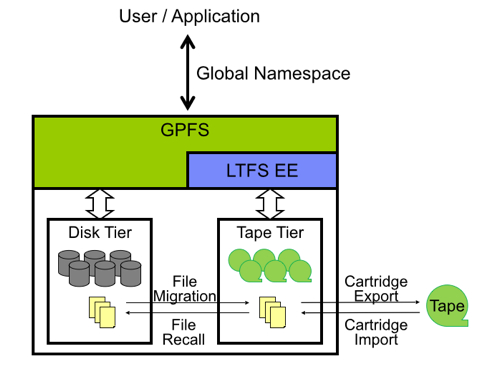 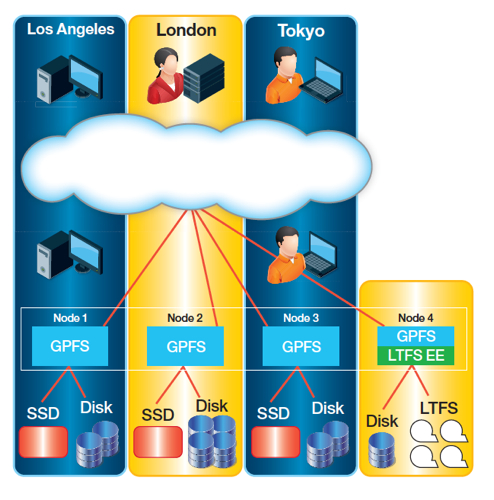 We must note that “in a large GPFS cluster the number of LTFS-EE instances is a minimum of two, or all GPFS NSD server nodes if you want full scaling.”

Big Blue says it's possible to duplex single site tapes via LTFS EE or GPFS policy. If multi-site electronic replication is desired, two implementations are possible. GPFS AFM can be used to replicate between the sites, or a simple script using rsync can be used to do the replication.

IBM says ”performance of the tape drives and of the LTFS EE server is load balanced by the LTFS EE software to ensure the highest possible data rate and data availability.”

Kraemer added: “It's a very new product but customer interest is high and early adopters have already started.”