Not so much backdoors as frontdoors, basically without doors in them 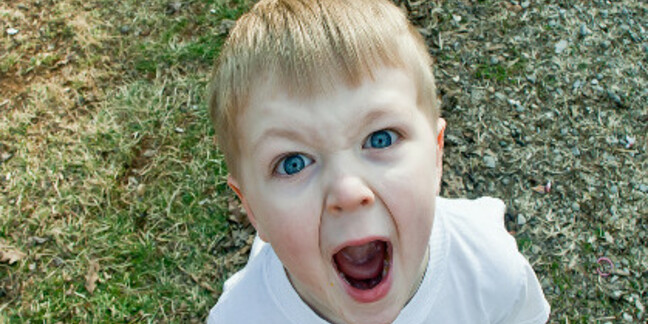 Second hand point-of-sale systems sold through eBay are likely to contain all sorts of sensitive information, according to the work of a security researcher at HP.

HP sleuth Matt Oh bought an Aloha point-of-sale terminal on eBay for $200. This type of terminal is widely used in cash registers within the hospitality industry.

Subsequent analysis revealed that the kit contained default passwords as well as the names, addresses and social security numbers of employees contained in a database left on the terminal by its previous owner.

No attempt had been made to wipe this sensitive information, which included large transaction logs of gift cards. The legacy data left on the equipment could easily be abused to run ID theft scams.

Oh's findings show that the same problems of poor data erasure, which are prevalent in second hand PCs and mobiles sold through eBay, also apply in the less obvious case of point-of-sale terminals sold to third parties.

Poor retail security is already under the microscope thanks to recent high-profile breaches at US retailers Target and Neiman Marcus. Those breaches both came as a result of RAM-scraping malware on point-of-sale systems.

The machine examined by Oh was a front-of-house system, meaning it wasn't used to store credit card details. However, the default Virtual Network Computing (VNC) remote access password opened up the door to hacking attacks - potentially up to and including planting malware on vulnerable systems. For example, an attacker could try to use the same password to plant a keylogger on kit still in active use at the same retailer.

"Attackers who gain entry into POS terminals can also steal credit card data simply by running traditional key-loggers, as the magnetic card reader is recognised as a keyboard from the system’s point of view with no encryption being used during the process," Oh warned.

If the hotel that sold the kit had upgraded its equipment then this tactic would probably fail. Oh's findings suggest the retailer had a poor security policy that went beyond anything particular to the terminal he bought on eBay.

The kit bought by Oh was, in any case, poorly patched. A proprietary service created by the vendor contained an exploitable heap overflow vuln, Oh discovered.

"We just had an attackers-eye view into the security of a POS terminal purchased through eBay," Oh concludes. "What we found was that the overall state of security of the system was very poor. This was demonstrated by several findings, including the use of the eminently guessable 'aloha' for the VNC password." ®