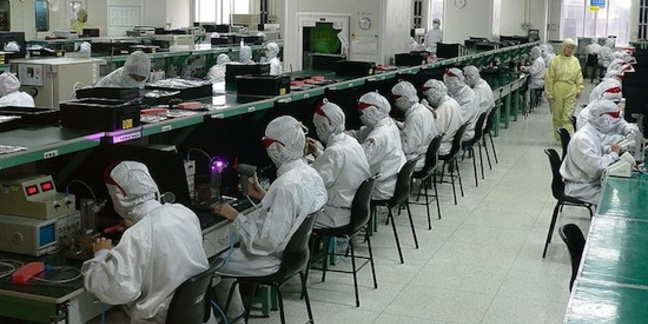 Foxconn, maker of Apple's iPhone, wants to own a mobile phone network in China and has applied for an MVNO licence.

Under Chinese law Foxconn, formally known as Hon Hai Precision Industry Co. Ltd, cannot own an MVNO itself and so is partnering with an unnamed Chinese internet company, according to an MVNO Dynamics report.

That anonymous company is one of the 10 businesses which are through to a third round in applying for a licence through China Telecom.

Vertically integrating from hardware manufacturer to telco isn’t new for Foxconn, which has a 14.99 per cent stake in 4G Taiwanese MVNO Asia Pacific Telecom. It recently spent $375m on a five per cent stake in SK Group’s IT unit, which in turn owns a stake in SK Telecom, Korea’s largest mobile phone company.

Foxconn claims that it is not looking to get into competition with its customers – or even worse, its customers’ customers – but just wants to provide an end-to-end service for its devices.

Apple is already known to be shifting an element of iThing manufacture to Foxconn rival Pegatron, so the move into services may well be a reaction from Foxconn which wants to prepare for a time beyond peak Apple. ®

Foxconn spins out a slice of itself to fund cloud, IoT and 5G push

Trump-heralded deal proving to be an expensive mistake

So far, the highest bid is $27bn, it is claimed