Android-powered smartwatches get Tizen makeover in US 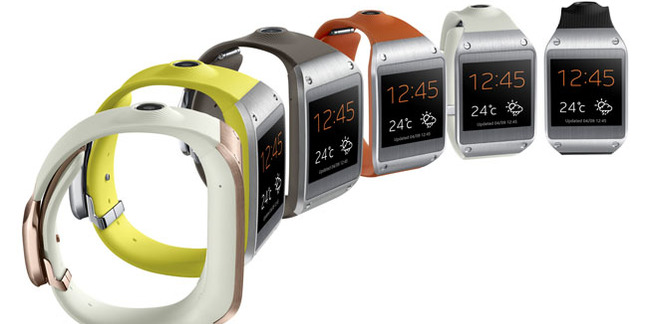 Owners of the original, Android-powered Samsung Galaxy Gear smartwatch in the US will soon have the option to switch their devices to the Tizen operating system, a change which might, counterintuitively perhaps, actually be a good idea.

Samsung shipped its first smartwatch model running a stripped-down version of Android – albeit not Android Wear, which hadn't yet been announced at the time. But the chaebol's second-generation wrist computers ditched Google's OS in favor of Tizen, shedding the "Galaxy" branding along the way.

Now Samsung wants to bring the software powering the original Galaxy Gear in line with the newer Gear 2 and Gear 2 Neo devices, and the company said on Monday that the new firmware is nearly ready to roll.

If you're anything like this Reg hack, your first reaction will be skepticism. After all, Samsung has been promising a Tizen-powered smartphone for ages but has yet to deliver, leaving the Gear 2 smartwatches and Samsung's smart camera line as the only commercially available devices running the Linux-based OS.

But smartwatches are a newer category than smartphones and no wearable platform has emerged as the market leader so far, so it makes as much sense for Samsung to develop its kit with a largely homegrown OS as it does to build them on Android.

In fact, according to Samsung, switching Galaxy Gear devices to Tizen will give them access to almost triple the number of third-party applications, no doubt owing to the Korean firm's aggressive efforts to recruit new Tizen developers.

Whether Galaxy Gear owners switch their devices over to Tizen, however, is entirely up to them. Because the upgrade is a total overhaul of the device's inner workings, it's not available as an over-the-air update and must be installed manually.

The upgrade process will also delete all data and apps from the smartwatch, so users should be sure to backup any important data before they begin. Older Android apps will not be compatible with the new OS and will essentially be lost (although versions of the same apps may be available for Tizen).

To get the new firmware, Galaxy Gear owners should download the appropriate version of Samsung's Kies software for their Windows or OS X desktop computer, then connect their smartwatch via USB. Once the software recognizes the device, it should guide the user through the process of downloading and installing the upgrade automatically. ®