OKCupid: OK, STUPID, YES we set you up with BAD DATES. On purpose

'Myth of compatibilty as good as truth'

The recent uproar from users who had discovered Facebook was meddling with their minds is overblown, according to Christian Rudder, co-founder of dating site OKCupid.

Facebook's academic study into manipulating the moods of its users by fiddling with their news feeds has sparked an FTC complaint and a lot of outrage – particularly after COO Sheryl Sandburg's non-apology apology. But Rudder says internet denizens should get over themselves.

"Guess what, everybody: if you use the Internet, you’re the subject of hundreds of experiments at any given time, on every site. That’s how websites work," he wrote in a blog post.

Over the past ten years, OKCupid has been throwing designs and algorithms against the wall to see if any of them stick, he said, giving details on three experiments to see what its users actually want and use.

For example, last January the Match.com-owned site launched a short-lived blind dating app and to promote it held a "love is blind" day: for that, it removed photos from profiles for seven hours. Traffic predictably fell off a cliff, but user data showed that those who did attempt to set up a blind date exchanged more messages than usual with their potential partners. 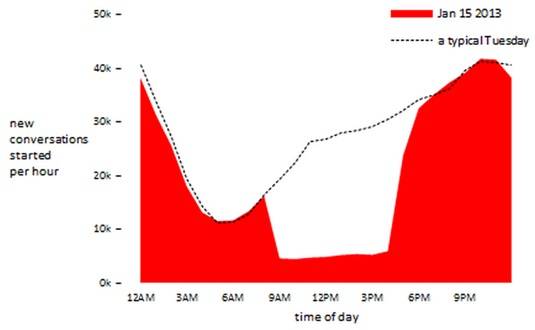 When the site restored photographs to the site, it found those conversations dried up: "It was like we’d turned on the bright lights at the bar at midnight," Rudder said. Those who stuck with it and went on a date generally reported they had as good a time as if they'd met someone with a full profile, although Rudder notes that women who dated attractive men had slightly worse dates – which he attributed to them being more likely to be "assholes."

The second experiment stems from when OKCupid users were asked to rate profiles on the attractiveness and the personality of a stranger. The study found that profile text accounts for less than 10 per cent of the perceived attractiveness of people.

For example, we're told one profile had no text at all, just a picture of a nubile young lady in a bikini. Despite the lack of anything other than a picture in her profile she apparently scored in the top 99 per cent for personality. Yes, it seems we really are that shallow. 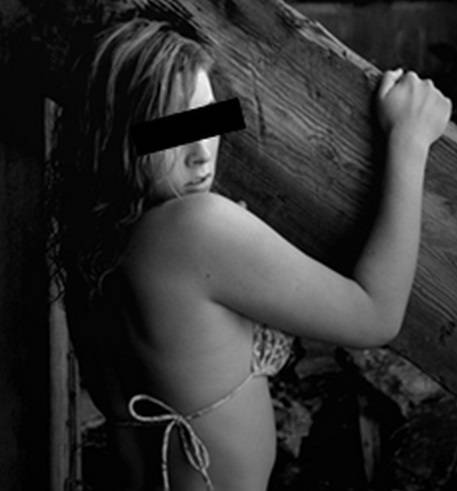 "Wow, what a great personality she has" (Source: OKCupid blog)

Finally, the dating site decided to test the power of suggestion with its users. OKCupid punters can answer hundreds of personality profile questions and the site generates a suitability quotient for the user with the rest of the profiles on the site.

So OKCupid decided to start lying about personality matches and seeing what happened. It took profiles that were only 30 per cent suitable for users and told them they were 90 per cent compatible.

Unsurprisingly, people contacted profiles they were told were highly compatible more, but Rudder reports that when they tried the reverse and told users that someone who was actually a 90 per cent match was only 30 per cent compatible, the odds of them having a conversation dropped.

"If you have to choose only one or the other, the mere myth of compatibility works just as well as the truth," Rudder said.

To readers who met their partners on OKCupid with 90 per cent matches, and now wondering if it was actually a 30 per cent: perhaps you've proved that opposites really do attract. ®

They may have a point with some of them, though