From UFO coverup to SEO bigging-up 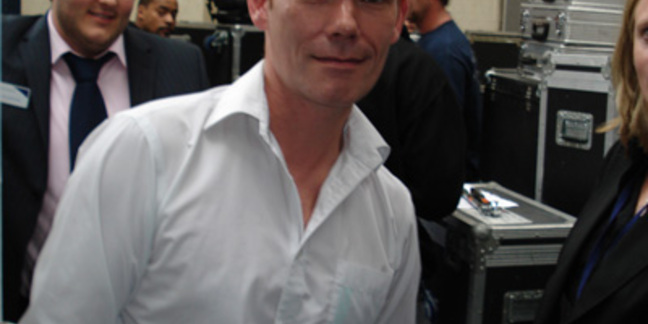 Former hacker and US extradition target Gary McKinnon has found a new career as a search engine optimisation expert.

McKinnon - who successfully fought a 10-year campaign against extradition to the US over charges he hacked into Pentagon systems - has launched Small SEO, which specialises in making sure small businesses appear prominently in search results. The 48-year-old Scot is selling his services for £40 a hour.

Search engine optimisation (SEO) is a multi-pronged process by which a website appears more prominently in Google and other search engine results when surfers search for a topic relevant to a firm's business.

Home Secretary Theresa May withdrew an extradition order against the 48-year-old Brit on medical and human rights grounds in October 2012. Psychiatrists warned there was a risk that McKinnon, who suffers from Asperger's Syndrome and depression, would commit suicide rather than accept the grim prospect of extradition and subsequent trial in the US.

US prosecutors wanted to put McKinnon on trial for accessing US military and NASA computers between 2001 and early 2002.

McKinnon was first arrested in March 2002 by officers from the UK's since disbanded Hi-Tech Crime Unit. US extradition proceedings only began in 2005. McKinnon's family and his many supporters fought a fierce and ultimately successful campaign against extradition. Supporters insisted McKinnon ought to be tried in the UK, if anywhere.

The British hacker readily admitted breaking into the Pentagon systems to look for evidence of a "UFO coverup" and related topics. US authorities claimed his actions had caused $800K in damages, describing his actions as the "biggest military computer hack of all time", a claim that always looked wide of the mark. McKinnon supporters consistently contested the supposed damage assessment.

Even after the threat of US extradition was lifted, the possibility of a UK prosecution remained for several months until it was rejected in December 2012. The decision cleared the way for McKinnon to begin working with computers again. However, a US extradition warrant for McKinnon remains in force, preventing his travel outside the UK, the BBC reports.

The Free Gary campaign website contains a promo for McKinnon's new services. McKinnon explains there: "My aim is to provide high-quality SEO to small businesses and individuals. All of my clients have so far reached the first page of Google search results for their primary keywords."

He goes on to promise an ethic and economical service. "I guarantee that I stick to the guidelines set by the major search engines. I don't use techniques that result in your website falling out of favour, and this ensures your long-term, high-quality ranking on Google, Bing and Yahoo,"

El Reg approached McKinnon's family for comment on how he is coping after his long fight against extradition as well as his new career. We've yet to hear back and this may be related to an exclusive deal with the Daily Mail. McKinnon also declined to speak to the BBC.

The Daily Mail was a prominent (though late) backer of the Free Gary campaign. It published extracts of a book by McKinnon's mum, Janis Sharp, entitled Saving Gary McKinnon: A Mother's Story last year. ®