Multipath TCP speeds up the internet so much that security breaks

MPTCP technology is an update to the core communications backbone of the internet that will allow the Transmission Control Protocol to use multiple paths and network providers to improve speed, redundancy and resource utilisation.

As El Reg hack Richard Chirgwin detailed last October, MPTCP was already used by Apple's Siri for iOS but would not be more widely deployed in mobiles anytime soon because it broke current network designs, could lead to expensive data bills and may be torpedoed by carriers worried that firing more user data over wifi could starve bottom lines.

"I can use MPTCP to break your intrusion detection system, data loss prevention, and many application-layer security devices today," Pearce wrote in a preview of the duo's Black Hat talk to be given this weekend. 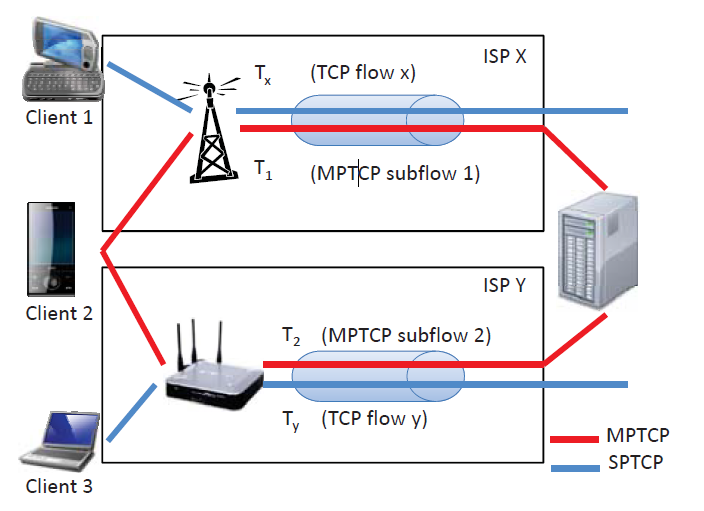 The pair had not found any traffic inspection systems that could correlate and reassemble data in the way needed to analyse MPTCP, and said the technology broke trust models organisations placed in single network providers.

"With MPTCP it becomes much harder for a single network provider to undetectably (sic) alter or sniff your traffic unless they collaborate with the other [providers] you are using for that connection," she said.

"Specifically, an attacker can infer the throughput of unmonitored paths with up to 90 percent accuracy and within measurements interval of less than two minutes by exploiting coupling among MPTCP subflows," four researchers wrote in the paper Cross-Path Inference Attacks on Multipath TCP [PDF].

" ... these attacks are fundamental to MPTCP and may constitute a barrier to its wide-scale adoption." ®