Bad computers might ask if you are Sarah Connor

Something for the Weekend, Sir?* Ever been invited to a party only to discover they gave you the wrong address? This doesn’t happen to me often but then I’m not the sort of person whom people invite to parties. Anyway, this wasn’t a party, it was a user group meetup.

There I am, having made an attempt to smarten up a bit, travelled across town and deliberately restricted myself to just the one double Scotch on the way, and I find myself alone in a vacant venue. And what a venue. Instead of a conference suite in an office building, Google Maps has led me to a pop-up shop that’s about the size of my bathroom. It is trendily tiled in white with chrome fittings. It looks like my bathroom.

I step inside and suppress the almost irresistible urge to drop my trousers and begin singing. This is just as well because at the other end of the shop where the shower ought to be is a young shop assistant. We are alone.

My heart sinks. I will need to communicate with her and customer-facing staff in London do not speak English.

It was bad enough ordering the double Scotch a few minutes ago from a bartender who was unfamiliar with the words "double" and "Scotch", let alone the fundamentals of sterling. He looked human... sweat, bad breath, everything. Very hard to spot. But now I am going to have to explain in a mixture of monosyllabic words and hand gestures to a girl from Ipanema sitting in a designer bathroom that I had been invited along with some 50 others by a software user group to attend a scheduled meeting apparently to take place in her shop and was wondering whether I had the wrong venue, the wrong day or the wrong kind of colleagues who would send me to the wrong place as a wrong kind of joke.

I worry that I might be a xenophobe. Surely not! I regularly enjoy the linguistic fencing required to purchase anything in the capital. I especially like the many interpretations of my name as written by staff at Starbucks who, in the face of all reason and logic, insist on asking for it. 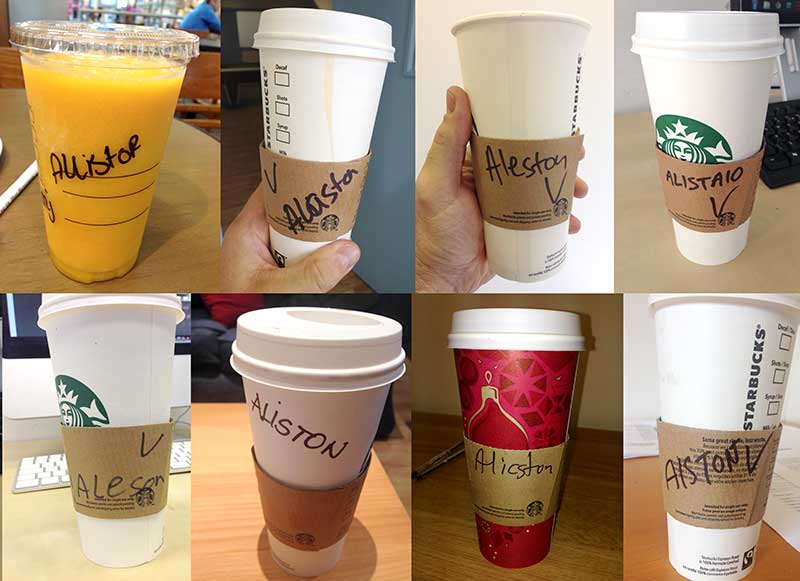 However, this evening I am hot and tired, and in no mood for doing the usual shouty-Englishman-in-a-pith-helmet routine. So I linger inside the front door of the tile-and-chrome pop-up shop, pretending to be "just looking". I doubt I am terribly convincing since the shop is so trendy that there are no goods to look at, just lots of advertising slogans and posters. I pretend to check my mobile phone and pretend to answer a pretend call while politely walking out of the pretend shop to continue my pretend conversation.

I wonder if I’d simply turned up too early. Another double Scotch later, I return to the shop. Still no one. Nothing else for it. Pain can be controlled – you just disconnect it. I walk over to the shop assistant, take a deep breath and prepare myself for that unnerving concentrated "are you mad?" look that shop assistants give you when they don’t understand what you’re saying.

Before I’ve uttered a word, she asks me if I’m here for the user group meeting, apologises for the venue mix-up and explains how to get to the right place, all delivered in plummy south-east England finishing-school accent. I am both relieved and ashamed.

Now, you will be aware that customer-facing staff are increasingly being replaced by computerised tills and touchscreen service. Who needs all this wasteful lack of communication and inefficiency when a computer can do it just fine – and like many ATM machines, probably do it in a range of languages to suit the customer.

Oho, I don’t think so. Xenophobe I may be, but a complete nutjob I am not.

Regular readers of this column may remember my tussle last year with an “unexpected item in baggage area” – not a euphemism, by the way.

Quite apart from the atrocious interface design of self-service retail tills – whose operation is akin to the running of a late 19th century steam engine with all their buttons and knobs and wheels and spinning things and all manner of fiddly shit dotted all over the bastard things – the very concept itself labours under two false assumptions.

The first is illustrated by my inadvertent visit to the hipster bathroom retail experience. Almost nobody walks into a shop, immediately locates what they want, pays for it with exact change and leaves without a word. Rather, they stumble in looking confused, ask for directions, can’t find the right product, look for alternatives, chat with the cashier while the latter wipes the grime from their credit card chip, forget their PIN for a moment, drop things on the floor, tear the plastic bags and stagger out at their own pace. The shop’s long-suffering staff will, as ever, do their best to help.

Just try any of the above with a self-service till. It could not give a flying fuck. As soon as you make the slightest deviation from its own programmed workflow, it metaphorically sticks up two fingers, waggles its metaphoric nob in your face and suggests you ask for assistance from a human being – which is what you’d have preferred in the first place.

Ultimately, IT solutions are designed for their own convenience, not yours. Take for example those computers in police cars that keep control centres informed on their whereabouts but take seven minutes to boot up. As a result, police drivers have to keep their car engines ticking over all day, churning slow death into the atmosphere, even when the cars are unmanned and parked outside the station, otherwise they’ll be seven minutes into an emergency call before anyone knows where they are.

Whoever came up with that piece of crap? Seven minutes, my arse.

The other false assumption about self-service tills is that computers cost less than people. I was amazed to see this lunacy repeated by someone responsible for replacing seated cashiers at Barclays bank with anxious-looking, clipboard-wielding staff whose job it is to wander around the branch looking lost and occasionally pointing out to customers which of the self-service tills have broken down that day.

“Computers don’t need to go to the toilet or take lunches,” she said.

I used to find that naïve way of thinking amusing but these days I’m getting worried that some people actually believe all that bollocks. Unlike inefficient staff, they say, a computer never needs training: it knows what to do and gets on with it (how, by magic?) It doesn’t require support (ha!) or improvement (oh?) A computer never falls ill (ha ha ha!) It costs nothing to run (wot?) It never needs to be retired (oh please). It just works forever, for free! (ffs)

While we’re at it, a computer can't be bargained with. It can't be reasoned with. It doesn't feel pity, or remorse, or fear. And it absolutely will not stop, ever, until you are dead.

Give me sign language at the bar and a coffee cup marked "Alison". Barclays can keep its Terminators. Come with me if you want to live.

Alistair Dabbs is a freelance technology tart, juggling IT journalism, editorial training and digital publishing. He questions whether this treasure-hunt approach to hosting meetings might catch on as a means of weeding out the weak-willed and unworthy. If it does, he would like to request that you arrange them in pubs. That way, when you send him to the wrong pub, it won’t seem to matter as much.