Another month of nasty numbers for Microsoft

Windows XP's demise is finally starting to accelerate, but Windows 7 and not 8 appears to be picking up the slack.

Those are the conclusions we draw from Netmarketshare's latest monthly dump on desktop computer operating system market share.

Here's the company's counts of what's what on the desktop, going back to October 2013.

It's a little easier to grok the trends on display in the data once we turn it into a lovely line graph, as below. 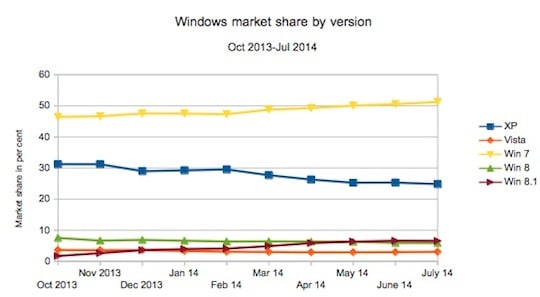 Once gain, let's note that Netmarketshare's methodology isn't perfect and therefore look for a second source of data. Here, in the interests of statistical correctness, is StatCounter's view of the world. 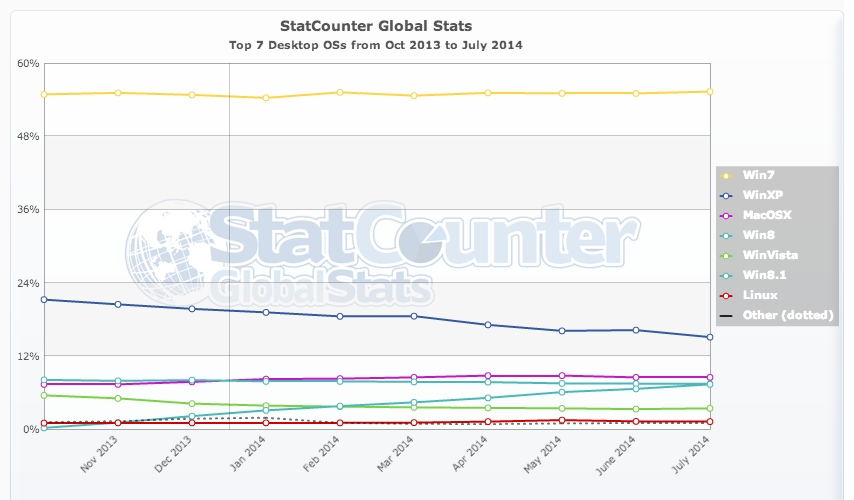 While the two traffic-counters come up with different numbers, the trend lines are very similar.

Yet both surveys show that Windows 8 has failed to launch, with its two versions failing to get to even half of Windows 7's market share.

Whatever Satya Nadella says about OneWindows, unified apps, or productivity being Microsoft's great strength, the fact remains that its most recent major launch failed to capture the planet's imagination. ®

Microsoft likes to point out that hundreds of millions of devices now run Windows 8, but it is clear that plenty of new PC buyers have gone for Windows 7.