It has a fairly bland shape and a design that looks perfectly suited to placing on a bookshelf, with angled corners and edges. But the software is top notch, looks good, is well-executed and snappy to respond to changes. Performance-wise it doesn’t top the charts, but it performs adequately over 802.11ac. It’s not quite so good over 802.11n, and struggles with obstacles on both, but that is the only downside to an excellent value 802.11ac router. 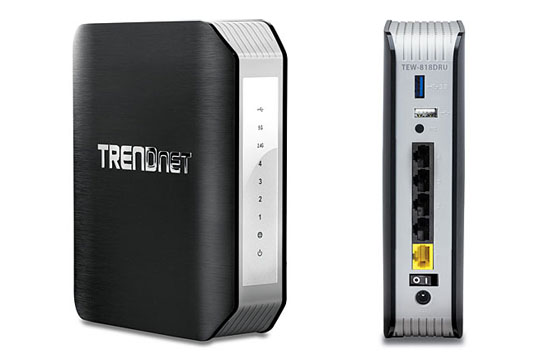 The wireless transfer speeds I recorded in tests show that 802.11ac transfer rates are phenomenal at close range, and in most cases, more than good enough at long range too. Whether it's a serious challenger to Powerline networking really depends on how forgiving the environment is for Wi-Fi signals.

Moreover, the amount you spend seems to have little bearing on a router’s performance. The most expensive routers tested weren’t even close to being the fastest, while one of the cheaper models performed excellently.

The Apple AirPort Extreme and Netgear Nighthawk R7000 deserve honourable mentions, as does the low cost Trendnet TEW-818DRU. However, the Asus RT-AC68U proved to be the best all rounder. At £179 it’s not the cheapest router, but not the most expensive either. It outperforms everything else, and the software interface is brilliant. Good job, Asus. ® 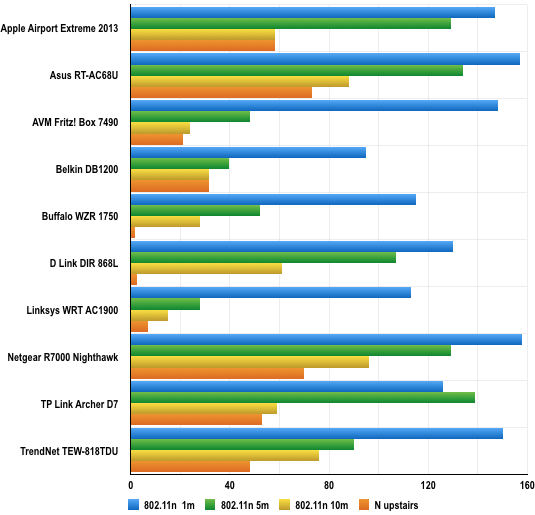 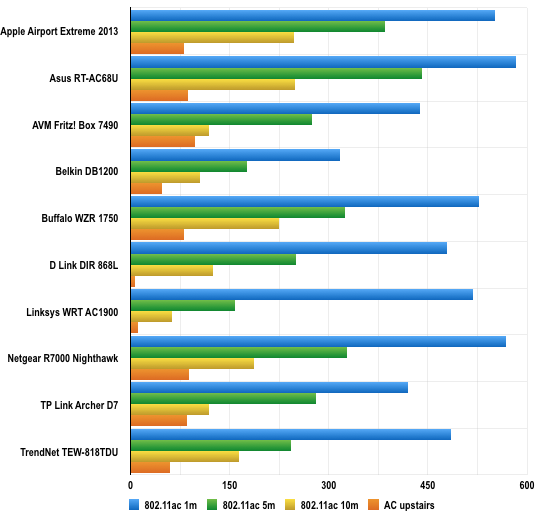