'Bitcoin a headline grabber but there’s ... more going on' 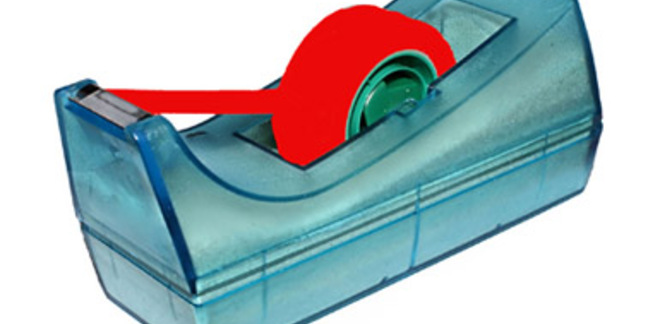 The UK government is to review the trade in virtual currencies to investigate whether it should regulated.

Chancellor George Osborne said the review would look into the potential of "alternative payment systems" to boost UK growth and would include an assessment of the need to regulate the use of virtual currencies in transactions.

"I can today announce that the government will start a major programme of work exploring the potential of virtual currencies and digital money," Osborne said in a speech in London on Wednesday. "These alternative payment systems are popular because they are quick, cheap, and convenient – and I want to see whether we can make more use of them for the benefit of the UK economy and British consumers. I also want to be alert to the risks that accompany any new technology."

"Among other things it will look into whether regulation of the sector is required, so that virtual currency business can continue to set up in the UK, and for people and businesses to use them safely," he said.

The legal status and treatment of virtual currencies has drawn the attention of major financial services bodies across the globe in recent months in light of the growing popularity of the trade in Bitcoin.

The review was one of a number of initiatives that the government announced on Wednesday that it said would impact on financial services technology businesses.

Technology and payments law expert Angus McFadyen of Pinsent Masons, the law firm behind Out-Law.com, said the government’s assessment of the potential for growing the financial services technology market was “very promising”.

“Bitcoin is a headline grabber but there’s a great deal more going on,” McFadyen said. “We’re seeing big steps forward with the use of data leading to new products and different ways of operating, such as pay as you go car insurance. There are innovative new payment services and trading platforms under development. That’s to name just a few. This support from the government sits very well with the FCA’s proposals around Project Innovate, which, it is proposed, will help with the challenges that often come up when new tech crashes against existing regulation. The FCA is currently consulting on what this will look like in practice.”

The Treasury and the Department for Culture, Media and Sport (DCMS) launched a joint consultation seeking views to help them develop a digital communications infrastructure strategy (68-page/1.08MB PDF). The government said the strategy is needed to ensure the UK is "equipped to harness the emergence of new sectors like fintech".

"We need to plan ahead to make sure the right infrastructure is in place to meet the UK’s objectives and this strategy will set out what the UK needs to do over the next 10 to 15 years to achieve this," the consultation paper said. "It is vital that our digital communications infrastructure meets the needs of users in the UK. The UK must also be competitive on a global scale."

"It is imperative that the UK pays the same close attention as other countries to developing communications infrastructure to maintain the competitive edge essential to retain and attract business. In terms of infrastructure the UK is currently competitive compared to similar nations and we must ensure we remain so," it said.

The government said that it had made a number of assumptions about the future needs that the UK's communications infrastructure will need to cater for in years to come, based on the views of stakeholders and contained in publicly available reports and articles.

It said that data consumption will continue to rise and necessitate that consumers and businesses have access to more bandwidth. Expectations of access to services and applications on mobile devices "will become the norm" and be accompanied by a "rapid" speed of change in technological capabilities in both the telecoms and broadcast markets, it said.

The UK government said that it expects the communications market to change and to possibly include new but possibly fewer companies in future due to "market consolidation". It also said that the resilience and reliability of communications services "will become increasingly important as aspects of what constitutes a good service, alongside availability and speed".

The government said that to address the changes it expects to impact on the market, changes to the way in which the market is regulated might have to be made.

The consultation asks for views on whether rules that require telecoms companies to provide a minimum service level to consumers will need to be amended in future "to ensure that minimum consumer demand requirements are met and to reduce the potential for a new digital divide".

The government suggested that the way regulators review competition issues in the UK may also be changed to reflect the increasing bundling of services by communications providers and the convergence of markets.

"Changes in technology and networks are creating ever more opportunities for convergence," it said. "We are seeing convergence in consumer products, consumption habits and business practices. In particular, we are seeing an increasing trend towards the bundling of services. The regulatory framework may need to adapt to reflect these changes, including in relation to the regulation of bundled services and how competitive pressures between related markets can be recognised."

Responses to the government's consultation must be submitted before 1 October.