Virginia is for lovers ... of faster internet

The map, assembled by IT service firm OfficeSuite from data in Akamai's State of the Internet report, shows the top speeds are in Virginia, though New England and the Pacific Northwest also enjoy strong service.

That Virginia's average speed of 13.7 Mbps would top the broadband map is not the shock some would think. The state's proximity to Washington DC means that many of the agencies and contractors who work with the US government will bring their operations (and the high-speed connections they require) into the state. Indeed, Washington DC itself is ranked fifth (12.8 Mbps) in the study, and nearby Delaware (13.1) ranks second. 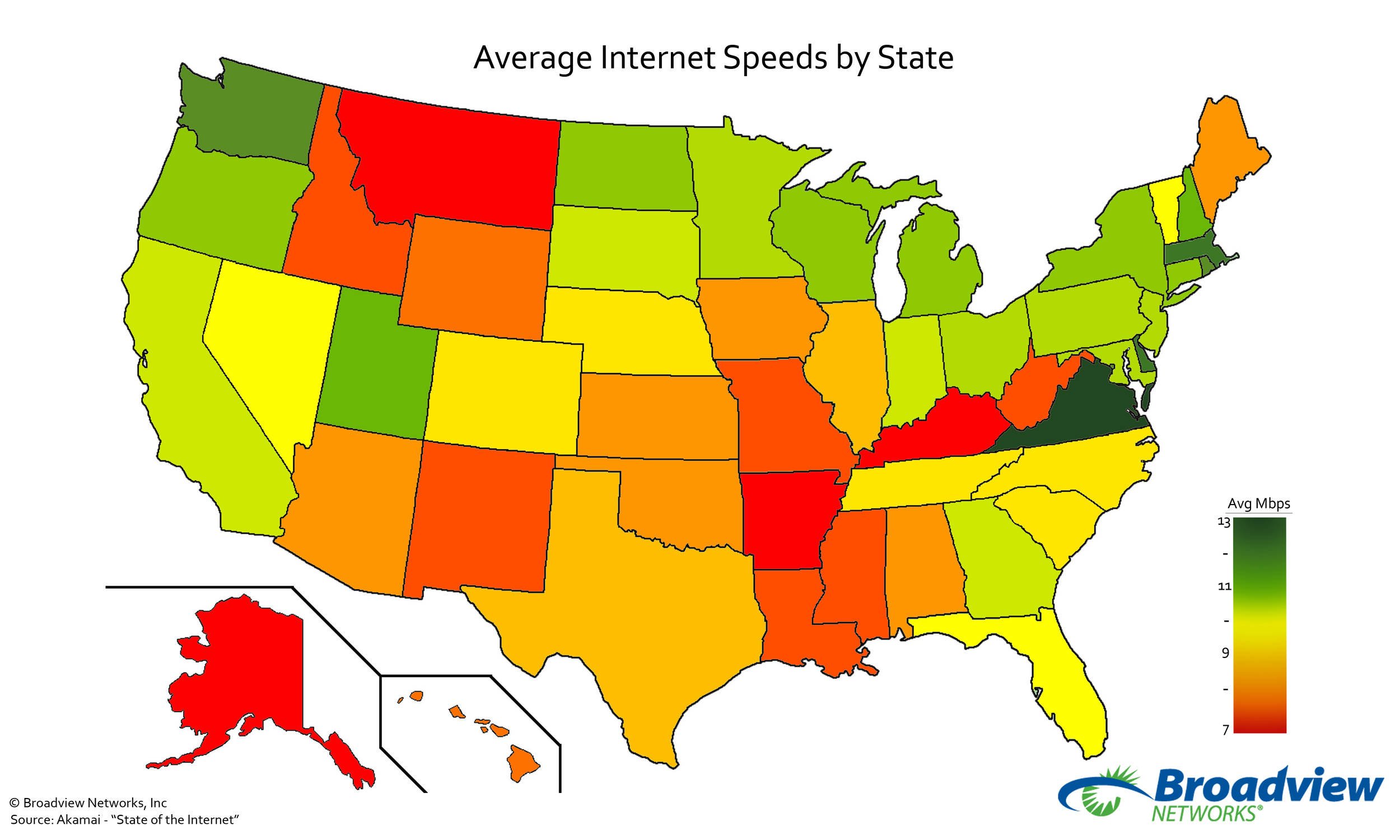 Interestingly enough, despite winning the top spot, Virginia saw its average speeds drop by 4.3 per cent compared to the previous year. Louisiana was the only other state to note a year-over-year drop in average speeds.

States in the sparsely populated parts of the country saw some of the worst speeds. Alaska's 7 Mbps average was the lowest in the US, while Arkansas was worst among the continental states with a 7.3 Mbps speed. Kentucky and Montana also recorded averages of 7.3 Mbps.

California, home to Silicon Valley and Vulture West, ranked 20th with an average speed of 10.9 Mbps. That means the state that houses Apple, Intel, Oracle, Facebook and Google has lower broadband speeds than the likes of Utah (12.1 Mbps), Wisconsin (11.7 Mbps) and North Dakota (11.7 Mbps). ®