Hardened email platform should be ready for Xmas 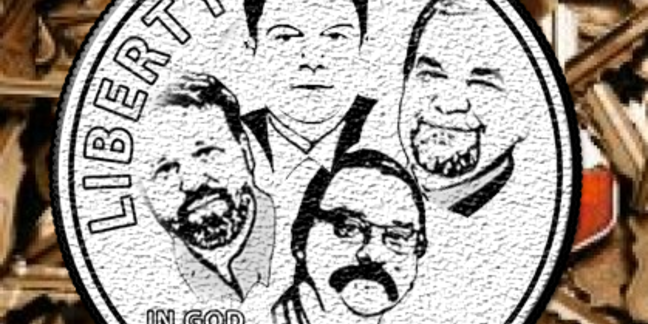 As many of you will remember, Levison killed the service to prevent his clients' information from getting into the clutches of the Federal Bureau of Investigations.

The popular thorn in the side of the US spy apparatus updated the 2,000-strong audience of security hacks and privacy pundits on the Dark Mail project announced late last year.

Levison shot to fame in tech circles after he responded to a FBI demand for access to the private SSL certificates used to encrypt all traffic on Lavabit by printing the keys on reams of paper in a 4-point font described by one prosecutor as "largely illegible".*

The move frustrated the Feds and he was subsequently slapped with a $5,000-a-day fine until he provided the keys - which he did, shortly before shutting down the email service.

Dark Mail has since expanded to include the Magma email server and the Volcano Mozilla Thunderbird desktop client, and has been re-badged as the Dark Internet Mail Environment (DIME).

The platform broke up email headers encrypting each piece before it was sent and was built so that no single service could hold all of the data - a bid to shake off further Lavabit-style requests from government spy agencies.

It aimed to overcome user difficulty with encryption by adopting cryptographic profiles, dubbed "signets", that could be shared with trusted users to operate much like PGP. It also adopted three escalating security levels: trustful, cautious and paranoid.

Yet for all the effort put into the project by Levison and fellow security and crypto luminaries Phil Zimmerman, Jon Callas and Mike Janke, users could still be pwnd by setting bad passwords.

"If your password is 'password', nothing I can do will save you," Levison said at the DEF CON presentation this week.

"I’m not upset that I got railroaded and I had to shut down my business ... I'm upset because we need a mil-spec cryptographic mail system for the entire planet just to be able to talk to our friends and family without any kind of fear of government surveillance".

The new service was hoped to be ready in time for the Chaos Communications Congress in Germany held days before New Year's Eve.

Dozens of software and services have emerged to fight spying in the wake of the Snowden revelations. One of the more promising of these was the planned Invisible.IM chat platform which would use the Tor network to distribute chatter wrapped in OTR encryption with disposable and quickly scrubbed keys. ®

For those of you who are not typographers, here's a repeat of that paragraph printed in 4 point type:

Levison shot to fame in tech circles after he responded to a FBI demand for access to the private SSL certificates used to encrypt all traffic on Lavabit by printing the keys on reams of paper in a 4-point font described by one prosecutor as "largely illegible".