The best tablet in the world? Possibly

Review If by the size of its TV ad campaign shall ye know it, then the Galaxy Tab S is clearly a Very Big Deal to Samsung.

I get the impression the Tab S range is Sammy’s most determined effort yet to convince people that its Android tablets are not just better than anyone else’s, but better also than Apple’s iPad alternatives.

Samsung then has put its reputation on the chopping block, but should we wield the meat cleaver? 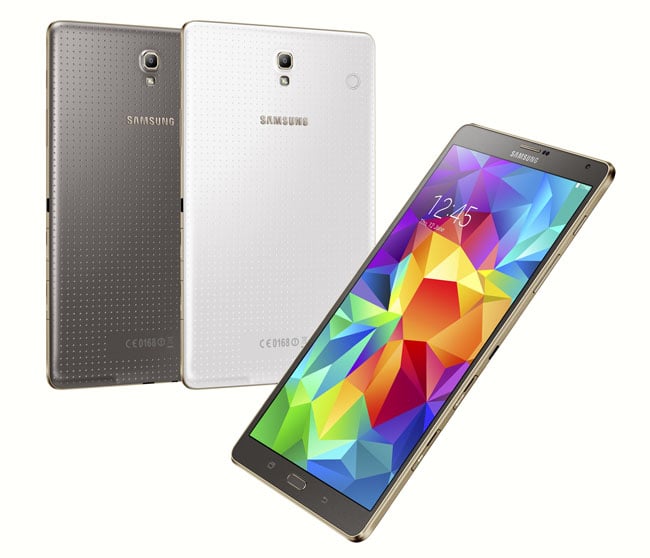 Your plastic pal that's fun to be with: Samsung's Galaxy Tab S 8.4 4G

For an 8-inch plus device, it’s surprisingly easy to hold in one hand and for a prolonged period of time. In a world stuffed to the gills with tablets ranging from 7 to 12.2 inches, the Tab S 8.4 is the closest to being all things to all people: big enough to fiddle with a spreadsheet or watch a movie on, small enough to be easily packed away or held. 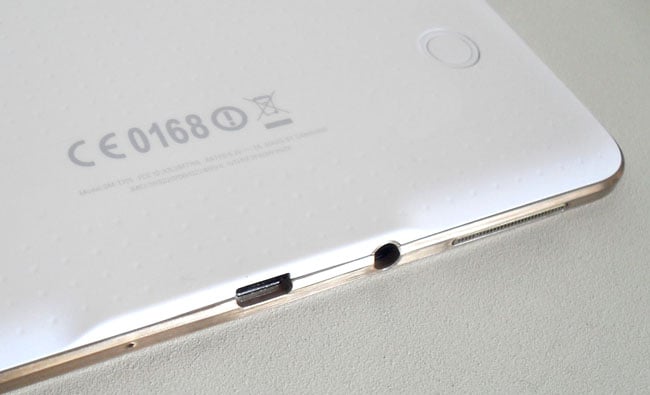 Grippy back but that socket is only USB 2.0

It’s a pretty well-built device too, despite being made entirely of plastic. It features a similar soft-touch faux leather back to those found on the Galaxy Note 3 and Galaxy S5 which, trust me, looks and feels better than it sounds. I can’t say I like the white-and-gold colour scheme of my review device, it’s far too Essex for my taste, so I’d suggest going for the (still rather gaudy) Titanium/Bronze model.

On the front of the Tab S 8.4 you’ll find the usual Samsung control arrangement with a physical home button flanked by task switcher and back buttons. I’m not really a fan of this layout from an aesthetic standpoint, never have been, but at least you don't lose any screen real estate to a virtual button bar. And it's the screen above the buttons that deserves special attention. 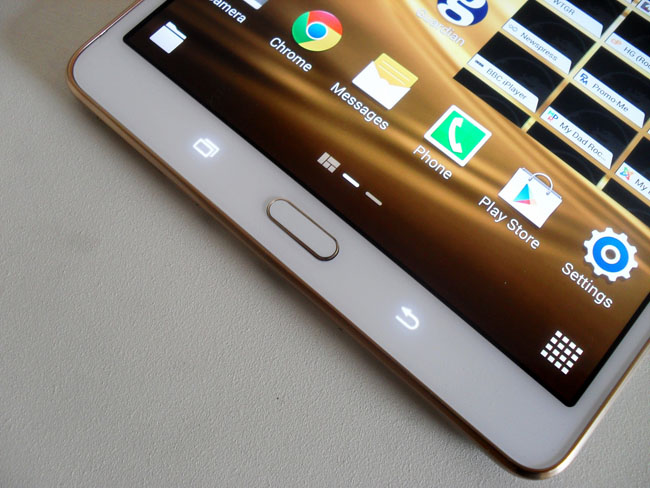 Usual Samsung buttons at the bottom, so no loss of screen area

It’s been a few years since we saw a Super AMOLED display on one of Samsung’s tablets (2012’s Tab 7.7 unless I’m mistaken) and it’s a welcome return, as this display is a rather fine affair. The 2560 x 1600 resolution means it’s a sharp as a tack and the pixel density of 359dpi is a good few pixels per inch higher than the iPad mini 2 Retina's 324dpi.

The Tab S beats the LG G Pad 8.3’s 273dpi by an even wider margin. This being a Samsung device the display uses a diamond-pattern PenTile matrix but you can’t tell with the naked eye so it’s really a technical irrelevancy from the user’s perspective. 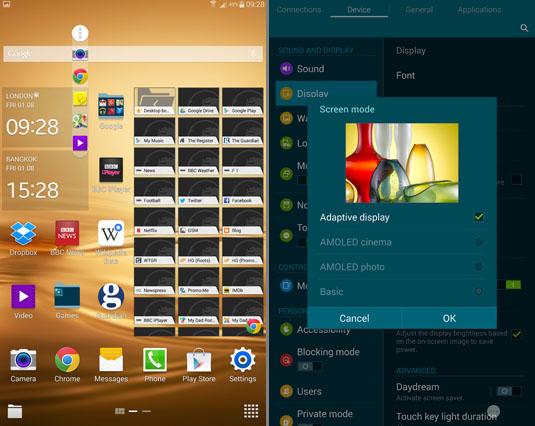 Now in these very pages I’ve often vented spleen about the garish, almost cartoon-like quality of Samsung's Super AMOLED screens and the over-egging of the Android pudding that is the TouchWiz launcher-cum-overlay. Have I changed my tune? Yes. Does that make me a hypocrite of Biblical standing? Only up to a point.

To start with you can can set the screen to several alternative display modes including one called Cinema, which dials back the colour intensity inherent in Super AMOLED panels. This makes videos look much, much more natural. And while it may not be the brightest screen I’ve encountered on a tablet – Samsung’s own Galaxy Tab Pro devices, like the Tab Pro 12.2 have it beaten here – contrast and saturation are both tip-top and it is supremely legible in bright sunlight.

Next page: A lighter TouchWiz
Page: