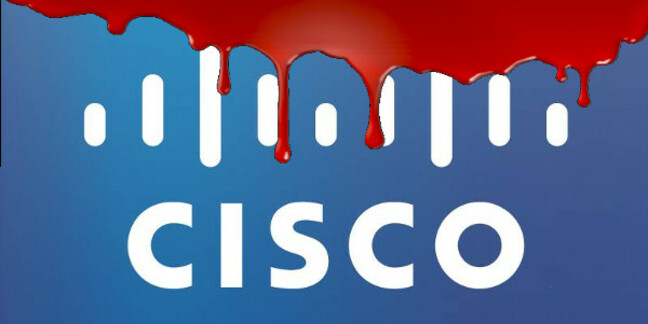 Facing rising competition, Cisco has announced another round of layoffs – 6,000 – in financial results that beat analyst expectations but were still flat.

Presenting the company's latest quarter results, CEO John Chambers announced the latest round of layoffs, but was at least able to give a sliver of good news, with revenue dipping 0.5 per cent in the quarter to US$12.4 billion, while Wall Street had expected the number to be $US12.1 billion.

Cisco's previous guidance for the quarter had been a revenue decline between one and three per cent. Net profit was US$2.8 billion, flat compared to the same quarter in the previous year.

The layoffs represent eight per cent of its global workforce, already thinned out after three years of downsizing had previously lopped 18,000 from the company's headcount.

While China is less than five per cent of total revenue, at US$2 billion, Cisco had once hoped it offered growth potential. Instead, rising state protectionism, hostility in the wake of Edward Snowden's revelations about NSA spying, and strong local competition led by Huawei have led to a series of disappointing quarters in the Middle Kingdom.

In the US market, Cisco has been trying to come to terms with competition posed by software-defined networking, and as the San Jose Mercury News notes, Cisco's entry into the server business has riled longtime billion-dollar resellers HP and IBM. ®

Tunnels, bridges, lights and other route constipation hardness to be eased by laxative of software goodness

Four words from Cisco to strike fear into the most hardened techies: Guest account as root

Now is a very good time to patch your estate