Pressure to perform for stock market bearing down on disties

You know what your biz needs? MORE resellers

Neither vendors nor distributors do themselves favours in their approach to market share, pricing and insistence on ploughing through significant portions of their business through too few distributors and resellers. 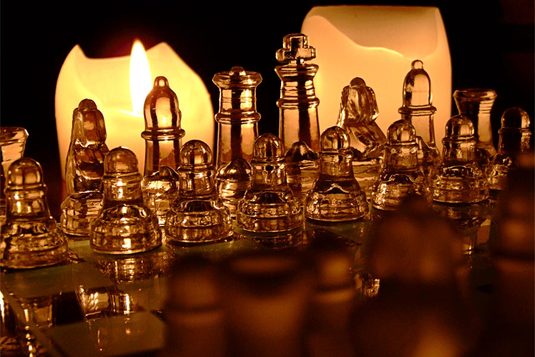 Strategy: Think very carefully before shrinking your reseller base

Pushing more than 60 per cent of volume through such a narrow group of reseller customers is guaranteed to drive down price and marginal return. Worse still, consequential demands from those select groups, backing up the supply chain, leaves no room for compassion or flexibility.

TD recorded a decline in HP-related sales, from 27 per cent in 2011 to 25 per cent in 2012 and down to 21 per cent in 2013. This may be a case of market and competitive pressure but it may also mean margin return does not warrant the required focus.

Services – a potential way to minimise the impact of ever-falling product margins – are a long way off delivering for TD as they account for less than 10 per cent of its sales, although the push into mobility, like rival Ingram Micro with the Brightpoint buy, is designed to eke out extra basis points.

The firm's restatement included adjustments primarily to the UK and two other European subsidiaries. One covered the decision to adjust vendor warranty services and certain fulfilment contracts on an agency basis as net fees and not as sales and corresponding cost of sales is primarily responsible for the reduction in recorded sales of $1.6bn over the half decade period.

Note that across the five years, the 2010 restatement reflected an increase in net income. Contributors to the reduced operating profit of around $110.7m on restated figures are the reduction in restated gross profit of $69.3m and increased restated Selling, General & Admin costs of $41.3m.

The errors and lack of effective control environments along with the increased VAT provision in Spain, by far and away therefore, contributed the bulk of the pain in reduced operating profit. Worryingly, Tech Data’s return on capital investment, a favoured key performance indicator for distributors took a nosedive although full year 2014 shows a slight recovery.

Monitoring controls including internal audit and review of effectiveness of balance sheet reconciliations were not sufficient to prevent or detect the circumvention of internal control over financial reporting. A lack of awareness – or perhaps willingness – of some staff with knowledge of the events in question to contact the company’s hotline or take other actions that could have helped identify the errors on a timely basis also did not help.

Tech Data revealed in the restatement that as a result of this control deficiency, it failed to detect improper manual journal entries, including those in the three principal subsidiaries affected which represents the most significant portion of the errors corrected by the restatement.

Hotlines to allow staff to report wrongdoing are standard. The reality, however, is that even if they are managed by third-party providers assuring anonymity, employees may not use them for fear of being ostracised or losing their job. Like any whistleblowing operation, success depends wholly on the assurance that the whistleblower will not be penalised.

Yet, as in the case of the NHS in the UK, events suggest otherwise. Businesses, especially those publicly quoted, should have matters firmly under control and the right process steps in place to avoid dodgy, suspect or known accounting and reporting violation. Auditors should also earn their fees.

Invariably blame falls on those directly responsible for finance and accounting, but financial information and performance data is shared with senior management – which is ideally placed to review figures and question performance.

Why one area may be performing substantially better than others is part of any control process, as are comparisons to principal competitors. While automation helps in measuring and monitoring, it ultimately falls on individuals with their associated strengths and weaknesses. They may be over-worked, and under severe pressure to attain targets and deliver positive results. If an environment is cultivated over a period of time in which occasional “tweaks” and “bending the rules” are OK, either because someone says it is or someone else is known to be doing it, this leads to complacency and tacit acceptance.

Tight gross margin, cost containment and a need for growth in a shrinking traditional product and software market leave little room manoeuvre. The channel has been well served over the years by vendors, distributors and resellers, but all three are culpable for margin erosion.

Vendors especially need to look themselves in the eye and reflect on the manner in which they work with partners. Keeping selective clients and resellers direct at a whim is no way to encourage belief or trust. Restricting distribution partners to "just the big players" either deliberately or as a consequence of consolidation is a misplaced strategy.

Next page: Don't get too cosy with 'special clients' – keep your eyes open to new biz
Page: