Who needs hackers? 'Password1' opens a third of all biz doors

Hundreds of thousands of hashed corporate passwords have been cracked within minutes by penetration testers using graphics processing units.

The 626,718 passwords were harvested during penetration tests over the last two years conducted across corporate America by Trustwave infosec geeks.

The firm's threat intelligence manager Karl Sigler said in a post that half of the plundered passwords were cracked within "the first few minutes".

"Such a short cracking time using a word list from last year’s [common passwords] study shows that passwords were as predictable as ever. 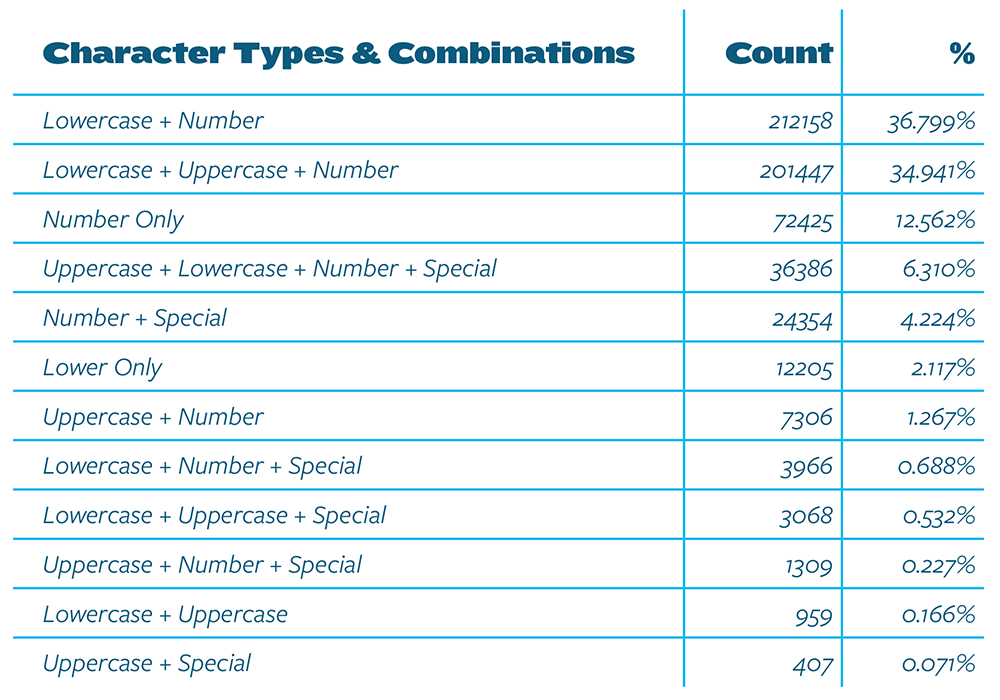 Passwords peaked at eight characters in keeping with business policies. The most common were Password1 with 2984 results, Hello123 with 2587, password with 2458 and welcome1 with 1697, the study found.

Sigler reiterated warnings that mixed non-phonetic passwords riddled with special characters and numbers were no more secure than memorable phrases of the same length, provided those passwords were not common, cliche or easy to guess.

Moreover because users were more inclined to select short lengths when using non-phonetic passwords, it was easier to crack with automated tools than long phrases.

"[If] we assume the attacker knows the length of the passwords and the types of characters used, 'N^a&$1nG' could be cracked in approximately 3.75 days using one AMD R290X GPU. In contrast, an attacker would need 17.74 years to crack 'GoodLuckGuessingThisPassword' using the same GPU," the hacker wrote.

Bootnote This Reg hack recommends users select unique memorable or funny phrases for all of their important passwords, or opt for a password manager, and urges IT admins to stop forcing regular password resets since studies show this pushes users to select increasingly weaker codes. ®