We'll have some of whatever he's having please 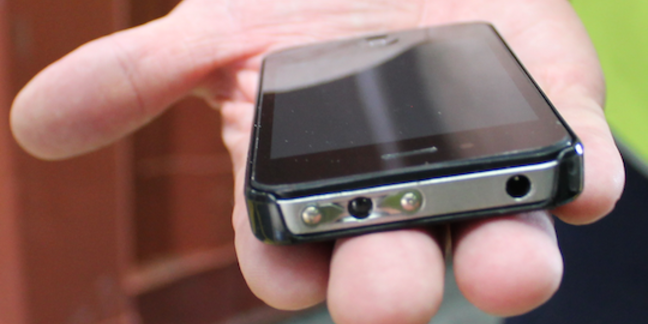 Apple is set to flog some 75 million units of the new iPhone 6 by the end of the year, an analyst with a pessimism bypass has claimed.

Amit Daryanani of RBC Capital Markets has clearly taken every colour of the Cupertino happy pill, because a leaked briefing sees him suggesting that Apple will break all its records this year.

He suggested the fruity firm will flog 10 million of the iPhone 6 in the opening weekend, which is expected to fall in September. Once the first horde of ravenous fanbois has faded away, other iZombies will rise to take their place and snaffle up a whopping 60 million units.

Fittingly, Daryanani has whacked an "outperform" rating on the Apple stock, which he expects to see hit the $110 mark.

It may be useful to take a deep breath and remember that the last quarter of 2013 was Apple's best ever iPhone selling season, as it flogged some 51 million mobes.

So what is the latest resurrection of the Jesus phone going to do that others can't do?

SPOILER: probably not very much, apart from coming in two sizes.

Privately, this reporter has been calling Apple's new mobe the Why-oh-why Phone, because his iPhone 4S is still working pretty well, thank you very much. It gives cheaper bills, trundles along nicely and still does all the things a phone should.

Best of all, no mugger/bugger in their right mind would want to nick it, because it's taken more blows to the frontispiece than a clapped out rock star and consequently is worth little more than a handful of low denomination notes.

Try designing in a security function as infallible as the clumsiness of a bumbling reporter, Mr Jony Ive. ®

It was projected at the time of the iPhone 5 launch that iPhone-related transactions would account for a majority of US economic activity by the year 2030. Presumably the day at which the Douglas Adams style iPhone Event Horizon will strike and destroy humanity is now even closer.