The agony and ecstasy of SteamOS: WHERE ARE MY GAMES?

And yes it does need a fat HDD (or SSD, it's cool with either)

Game Theory Gamers' perception of Steam over the years has changed considerably. This digital distribution platform, which was developed by Valve, was met with derision when it launched back in 2004 – but jump forward 10 years and Steam is the coolest kid on the block. What self-respecting gamer doesn’t blow all their money on a Steam sale these days? 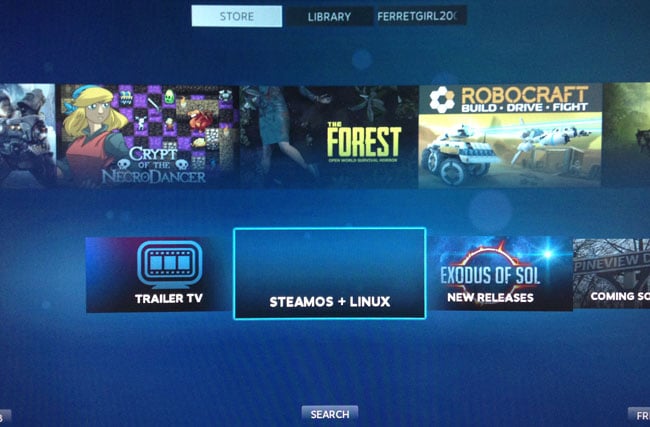 Valve’s support and promotion of indie games is to be admired, and Steam’s reliability should endear this platform to bohemian developers and triple A publishers alike. Having created a substantial user base, Valve suggests that I don’t need to be so reliant on Windows PCs for my gaming needs.

The increasing encouragement of coding and games development for open source operating systems in various flavours gives us a glimpse of the future. This means gamers will no longer be tied to expensive and restricted consoles and will only need, say, a palm-sized Intel NUC running SteamOS to pwn their game of choice. 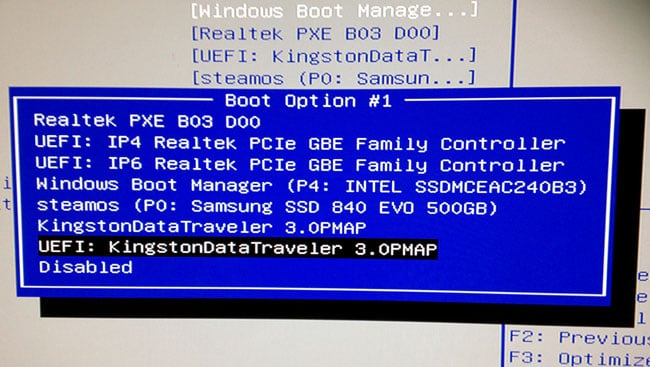 I would like to say the experience of installing SteamOS was simple enough, but that would be a MASSIVE LIE and herein lies the agony of the SteamOS experience. Initially I was given a Gigabyte Brix Pro ultra-compact PC with only a 250GB hard drive. SteamOS insists that you need at least 500GB for installation – gasps all round.

To get around this, I had to install an extra Samsung 840 EVO 512GB SSD into the spare bay and rely on the Brix Pro's UEFI support to alternate between boot volumes. Just bear in mind that you will need a hard drive you're prepared to format, so if you don't have a spare you might find yourself being asked if you want to wipe your resident boot volume. 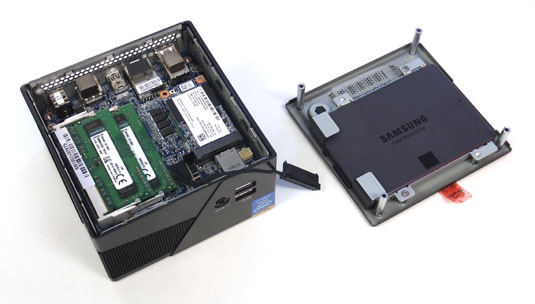 Once I had figured out I had all the correct kit to start my installation, finding a working copy of SteamOS was my first problem. The .zip version of SteamOS from Valve resulted in strips of red pixels across the top of my television and a torrented version turned out to be a similar fail cake.

The latest and seemingly most stable version from the Stephenson's Rocket site in .ISO form did do the job, though. It suggests Win32 Disk Imager to copy the image to a USB stick, but I ran the Pendrivelinux Universal USB Installer instead.

With the USB drive sorted, I used this to boot up and install Steam from it onto the Samsung 840 EVO 512GB SSD. This installation resulted in a hallucinogenic version of the Steam logo. How groovy! Whether this was due to some conflict with the Brix Pro’s Intel Iris GPU isn't exactly clear. 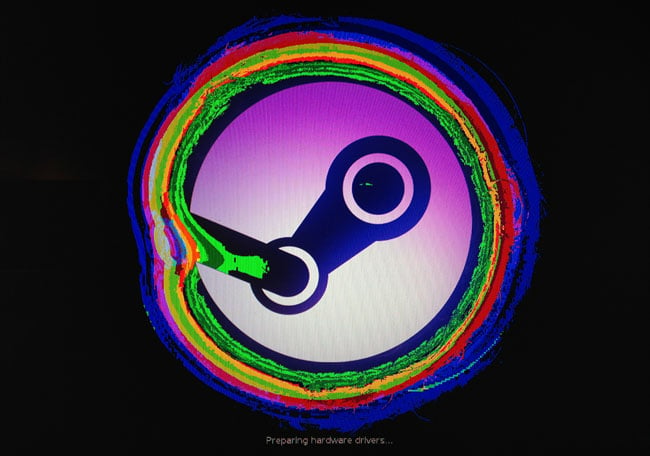 I chose the expert option for installation, which gave me the choice to customise my installation to the Samsung 840 EVO 512GB SSD. This customisation includes the same configuration files as automatic install but allows me to change options as I am installing. At the end of all this malarkey, I can run either Windows8 or SteamOS from the Brix through the boot options.

I have to admit to some uncharacteristic yelps of joy when a bubbling Steam logo appeared onscreen following by soft bluish hues of Big Picture mode and a login prompt. These yelps were quickly followed by howls of disappointment at the realisation my library of 55 titles had been decimated to a meagre 18 SteamOS-compatible games. 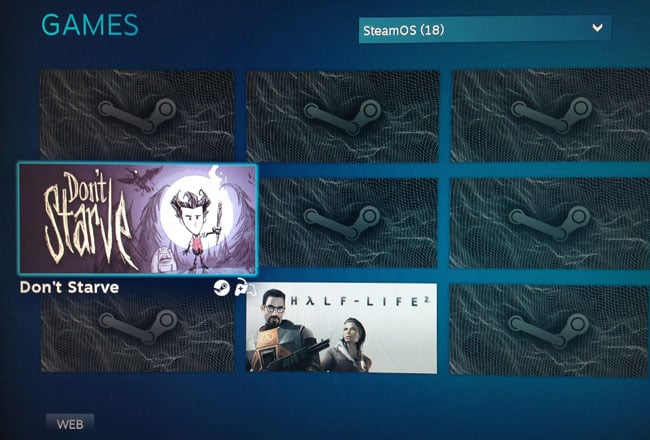 SteamOS – where did my games go, dude?

OK, so it’s not great, but this situation is bound to improve and you can be sure that Valve is lobbing incentives at developers to produce compatible games onto SteamOS as we speak.

Next page: All steamed up
Page:
Corrections Send us news
112 Comments