Platform9's co-founder on how they started a new biz

Interview Willem ter Harmsel recently spoke with the CEO of a firm started up by several former VMware staffers, Platform9. Here he grills the startup's co-founder about VMware, the new business and its go-to-market plans.

Platform9 has created a SaaS-based system that it claims offers internal IT a way to build a private cloud that approaches AWS agility and ease-of-use.

I spoke to the firm's CEO, Sirish Raghuram, as well as Alex Benik of Battery Ventures, who argued that the IT market has come to expect the ease of use and agility of public cloud services like AWS (Amazon Web Services).

Benik stated that internal IT organisations are increasingly benchmarked against AWS by their internal customers in terms of ease of use and speed. For traditional enterprises that do not have the scale and resources of Amazon, it is very hard to meet the AWS service levels.

Platform9’s SaaS-based platform works with VMware vSphere, KVM, Docker and is fully compatible with OpenStack APIs. Basically, it is offering customers the advantages of private cloud ownership minus the operational complexity.

All four founders (Bich Le, Roopak Parikh, Madhura Maskasky and Sirish Raghuram) have had impressive careers at VMware and know each other well.

I interviewed Raghuram to gain an insight into their product and company.

WTH: I have seen a lot of blogging activity around your company.

Already since May, when the product was still very rough, we have been working with 12 customers that are still in our beta program. We aimed for 25 beta customers over the coming months, but it seems we have already hit that target. 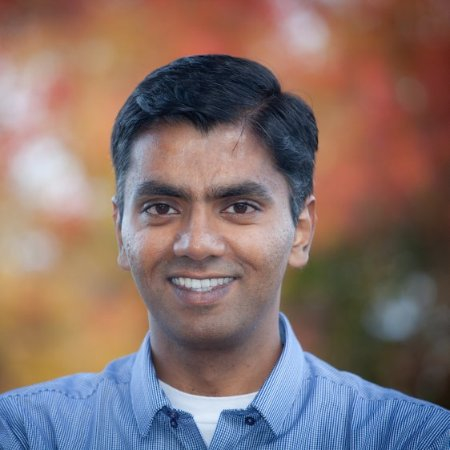 The key issue that the private infrastructure market is facing is that the public cloud market makes things so much easier, that they take the added costs for granted.

That was a stunning realisation for us. Many customers were running hardware and hypervisor layers that were superior to AWS, yet still they preferred spending far more money on AWS than using their private cloud.

This told us there was a huge need to reduce private cloud operational complexity.

WTH: When you state that AWS is far more expensive than private clouds, are you considering the "people cost" associated with private clouds?

SR: This is the feedback we are getting on pricing from our customers. We believe people / operational costs for private clouds are prohibitive and this is precisely what we are fixing by reducing complexity.

We have been attempting to crack down on the complexity and reducing the operational costs by an order of magnitude, or 10x.

WTH: Your product being SAAS-based must be a big factor in reducing complexity.

By eliminating the need for complex vCenter setups, managing backups and monitoring software, we can dramatically reduce the operational stress for enterprises.

WTH: Can you run me through the installation process of Platform9?

SR: Typically, we expect the IT admin to sign up. We let them log on to a dedicated instance for their organisation. This instance is completely unique and can be customised for each customer's infrastructure environment.

The IT admin downloads a 4MB agent and installs it on the host, or multiple hosts depending on the architecture/platform needs.

This host agent, when given permission, automatically downloads the software and updates itself.

WTH: You guys support KVM, VMware, Docker – that is a lot of expertise. How did you build your team?

SR: Well we were fortunate enough that the four co-founders all have strong backgrounds at VMware and know a lot about virtualisation. We in turn know many great people in the field and that helped build the right team.

WTH: How does you organisation look, how many people are working for Platform9 at the moment?

SR: We [have] 10 full-time people and we have three interns that we hope will join the team after their internship. We aim to grow to 15 people this year.

It is a very tight team and we know each other really well. We are based in Sunnyvale town, which is a nice vibrant area. Our employees live across the Bay area and it turns out to be a very central location.

WTH: I am curious about your go-to-market strategy: can you go into that?

SR: We are thinking of running the beta program primarily in the US and coming to Europe with the GA release. We now have interest from customers all over the world, including Europe and Japan.

Since we are a SaaS company, there are many advantages we can enjoy in our go-to-market strategy. We will invest in marketing and get the product out there on key events. Interested customers will be offered free trials that allow them to experience the product first-hand.

That is how we initially plan to go to market. At a later phase we aim to work with channel partners to enable further growth.

WTH: You worked for VMware a long time. I am interested to learn how you decided to leave...

SR: VMware was a great break for me and many of the people I work with now I have met during my time at VMware. The overall engineering talent at VMware was really awesome.

When the company got larger, it became harder to get things done despite our increasing seniority. The ability to take risks also decreases, because of the money that is associated with existing products.

It was time to start up a small company, but I feel very lucky to have been part of VMware. I wish them a lot of success in the years to come.

WTH: Is your product perceived as a threat by some of the system admins that are working with your product?

SR: Today it is really hard to operationalise the private cloud and make it competitive. We are empowering companies with a choice.

Lots of the IT departments we see are stretched thin in resources. By reducing the complexity we are giving companies a realistic option between public and private clouds.

We know customers who are spending $4m - $5m dollars a year on Amazon, a few spent more than their annual profits. At scale Amazon is very expensive, private cloud infrastructure is much cheaper if you can operationalise it.

This is a choice we want to present to the world.

WTH: Redpoint Ventures are your VC, what made you decide to partner with them?

SR: We had a few offers across the board and RedPoint really got it. They say you marry the partners and not the VC firm, but really everyone at RedPoint was very supportive. Especially Satish Dharmaraj and Scott Raney have a lot of particular experience in our space through Cloud.com, which was acquired by Citrix. They really understand the market and where private clouds stand.

That is a very specific reason why we chose RedPoint, other than that we really like our working relationship with them.

For more background and technical detail I recommend the posts by Frank Denneman, Duncan Epping and Eric Wright.

One of a series of interviews by Willem ter Harmsel with tech leaders.