RealVNC distances itself from factories, power plants, PCs hooked up to password-less VNC 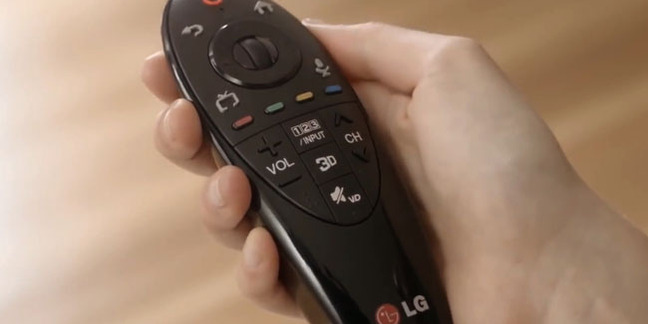 A scan of the public internet by security researchers has seemingly revealed thousands upon thousands of computers fully accessible via VNC – with no password required.

Worryingly, the unsecured systems – from PCs and shopping tills to terminals controlling factories and heating systems – are at the mercy of any passing miscreant on the 'net; the internet equivalent of leaving a front door unlocked.

Based on the openly defined Remote Frame Buffer protocol, VNC is a widely used system for accessing desktops over a network, very much like Microsoft's RDP.

Roughly 30,000 computers have been found connected directly to the internet without a valid password required to gain access. Connecting to the server is enough to pop open the desktop. The vulnerable systems were discovered by Dan Tentler, Paul McMillan and Robert Graham during a live panel discussion at Def Con 2014 in Las Vegas this month.

Their software worked, we're told, by scanning a public IP address for open VNC ports, connecting to an unprotected desktop if available, screenshotting it, and then moving on to the next address. After sweeping the public 'net, Tentler posted numerous screenshots on Twitter of what he says are unguarded systems:

For anyone wondering about the legality of the research, Tentler insisted: "It isn’t [illegal]. Yahoo, Google, Microsoft, Websense, every antivirus vendor in the world, and Shodan – they all do similar scans."

As well as home computers, the trio found all sorts of things from "a caviar plant, to Japanese, Italian, Latvian and Ukranian power stations, to a donut manufacturing plant."

Adam Greenwood Byrne, veep of strategic alliances at RealVNC, said that although he couldn't comment on free or open-source VNC implementations, nor commercial products that implement the protocol, RealVNC's own VNC code was secure "out of the box". In a statement to The Register, he said:

RealVNC is the original inventor of VNC technology. Our software with Free, Personal and Enterprise licenses, available at realvnc.com, is password-protected out-of-the-box, with Personal and Enterprise defaulting to use your Windows/Mac/Linux native authentication and Free using the standard VNC password scheme defined in the protocol spec (RFC 6143). If attackers try to brute-force these authentication schemes then they are blacklisted by IP address.

There is an advanced option to disable authentication completely but users must make an informed choice to do so. In this mode, the software also provides constant reminders that your configuration is insecure. We are aware of some specialist use cases in non-Internet connected environments where it is advantageous to disable authentication, hence the existence of this option, but we always recommend users to be as secure as their use case will allow.

VNC Personal and Enterprise also benefit from end-to-end session encryption. Once a VNC session is established, after a 2048-bit RSA key exchange, the tunnel is secured using industry-standard AES encryption (up to 256-bit) to prevent man-in-the-middle attacks.

Meanwhile, McMillan told Forbes writer Kashmir Hill: “It’s important to remember that this scan only scratches the very surface of the problem. We can’t legally scan for default passwords, but I’m certain if we did, the results would be orders of magnitude worse.” ®

BlueKeep isn't the only bug in town, plenty to go round

What's worse than an annoying internet filter? How about one with a pre-auth remote-command execution hole and there's no patch?

Bug can be exploited to hijack server, meddle with block lists

No connection-checking while society crumbles, but corporate customers will have to keep paying