Book review: Plenty of science and philosophy, no soppy rubbish

The future is a bleak, dreary landscape

Most of the rest of humanity also has augmentations of one kind or another, connecting them to the “quinternet” or making them super-good at their job (hurray!) and have also stuck a metaphorical stick into their consciousness and had a good poke around – excising bad memories to make them happier people or removing aspects of themselves they’re not that keen on. In fact, huge swathes of humanity has abandoned the body altogether and live entirely in “Heaven”, a virtual reality world where they can conjure up exactly the life they want to live, without any interference at all from anyone else. 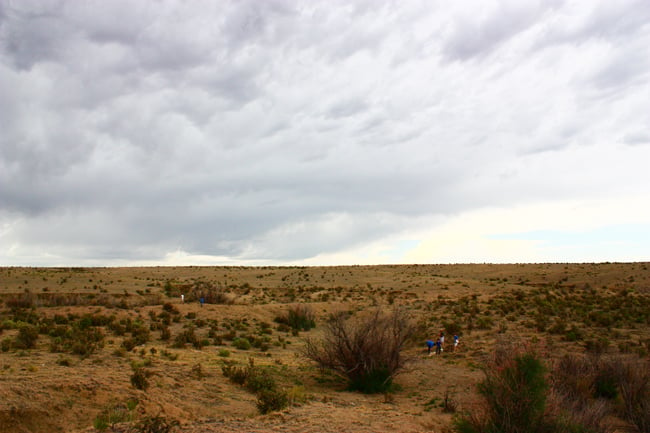 Daniel Brüks starts out in a place a little bit like this...

Sitting on the bottom rung of the new world order is biologist Daniel Brüks, who refuses to upgrade himself in any way and proudly sees himself as a dinosaur of his age. Hiding away on a science project in the middle of the desert, Brüks inadvertently finds himself swept up in a skirmish between a vampire and her zombie horde and an advanced hive-mind religious order called the Bicamerals that ends up with him on a spaceship. The ship is off to try to find out what happened to the spacecraft of Blindsight, which set off for a presumed alien signal after the entire Earth was pinged by what very much looked like an advanced extra-terrestrial civilisation.

That’s about all the plot there is, more or less, as Watts’ novel is less a spaceship-based story and more a serious, albeit fascinating, treatise on what exactly a person is if their memories, perceptions and abilities are all as malleable as the way they wear their hair. Of course a weighty philosophical and metaphysical tome isn’t a bad thing per se, but it doesn’t exactly make for easy beach reading. 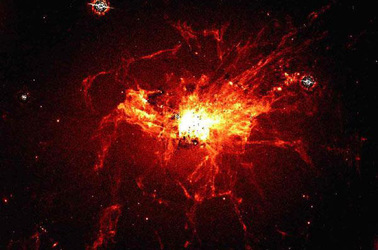 ...And he ends up somewhere a little bit like this

But aside from these, the tone is rather unremittingly despondent. In a bigger disappointment, the ending is a mystifying damp squib – you’re not sure exactly what happened but any of the theories you come up with don’t seem to do the preceding chapters much justice. Where Blindsight is a highly intellectual story with a philosophical bent, Echopraxia is a philosophical discourse with a smattering of plot points - still brilliant but heavy work. ®

Luke, I am your father... which is why I must eject from JEDI decision, says US Defense Sec