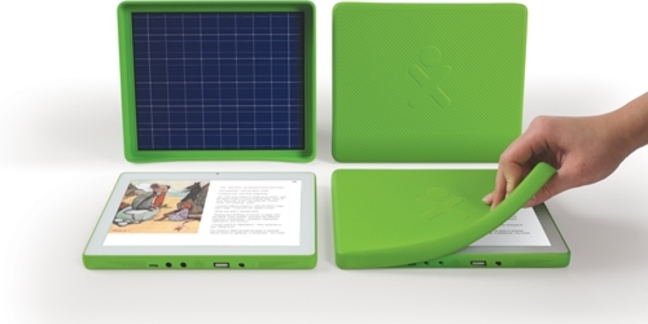 Google has bought up Gecko Design, the industrial design house behind products like the One Laptop Per Child PC and Fitbit.

"This is an incredible opportunity for everyone at Gecko," Jacques Gagne, Gecko's president and founder, gushed on the company website. "We are very excited and honored to join Google(x) and work on a variety of cutting edge projects."

The biz is being drafted in to work on Google X, the Chocolate Factory's skunkworks team responsible for Google Glass techno-specs and self-driving cars. Google confirmed to El Reg that the acquisition was going ahead, but declined to state how much it had paid for the company.

Gecko worked with Google on an unnamed and thus mysterious product last year, and the search giant was obviously impressed with what it saw. But it's bad news for Gecko's other customers – such as Dell, Logitech and HP – since presumably they will no longer benefit from the designer team's skills.

The design house, based in Los Gatos, California, said no redundancies are planned; it's not known if the company will up sticks and move onto the Mountain View campus. ®