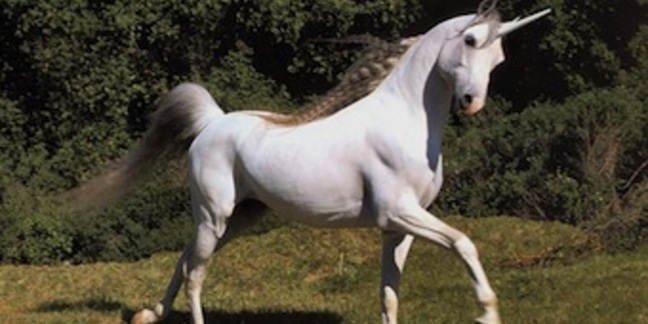 Dinner Party Punchup The following stories have one thing in common. Can you guess what it is around the dinner table this evening with your friends?

Last week Samsung announced the acquisition of a crowd-funded startup called SmartThings for $200m. USA Today wrote that the deal “has also once again validated the power of crowdsourcing platform Kickstarter, which helped bring SmartThings to market back in 2012. The startup originally sought $250,000 in funding to produce its smart hub, eventually raising more than $1.2 million from individual backers.”

SmartThing’s individual backers, who in conventional language are called “investors”, received nothing from the windfall. Nor did Kickstarter backers of the brilliant Oculus Rift VR headset, after Facebook acquired the team for $2bn. WiReD magazine glossed over this, mentioning “people who had ponied up to support the original Kickstarter campaign, only to see their investments made irrelevant by a deep-pocketed corporation.”

“Irrelevant” is beside the point. The conventional investment logic is that risk is rewarded when success arrives. Most startups fail, while a handful accrue enormous value. Yet Kickstarter investors receive no such reward: although they backed "the next big thing" in SmartThings and Oculus, they don't get the payout.

Here’s another example. Cabaret performer and former living statue (and Mrs Neil Gaiman) Amanda Palmer bypassed the music industry to fund an album and a tour, again using the pan-handling site Kickstarter. She was lauded on tech blogs and beyond for pioneering a new economy of music production. Having raised $1.2m on Kickstarter, however, Palmer decided she could only pay her tour musicians in “hugs” After unfavourable press coverage, Palmer was shamed into grudgingly remunerating them with a currency a little more convertible in the real world. Did her Kickstarter "investors" revolt? No, and they couldn’t; it took hugely unfavourable press coverage to change Palmer's mind.

Last week the New York Times reported how the euphemistically named "sharing economy" – which encompasses piecemeal labour - is creating its own "precariat". The freelance workers who provide the drivers for Uber or the accommodation for AirBnB pay a hefty chunk to the new intermediaries, must accept ever changing rates, and further accept that they’ll not see a penny of the payouts when value is accrued – when the company floats or is acquired. It’s a strange sort of "sharing".

Similarly the latest Wikipedia schism reveals a huge gulf between the moneyed wikiclass – the Foundation employees and other recipients of the charity’s $50m warchest – and the people who create and maintain the content for what is the world’s sixth largest website. The former want to increase control over the latter, and have given themselves new powers.

Wikipedia is described as a "community", but this is a strange sort of community, in which the devoted contributors are ‘taxed’ without being represented. Needless to say, writing and maintaining Wikipedia entries is laborious unpaid work. To devote oneself to contributing to Wikipedia thus requires a huge sacrifice – a significant personal opportunity cost. Yet as with the examples above, everyone profits from your work, except you. If you’ve contributed for years to Wikipedia you must now accept a new political economy: you have permanent lower-caste status, and have simply been working hard for other people to get rich. The list of profiteers from Wikipedia is a long one: from little scrapers to massive search engines to the Foundation’s lucky elite. (Now you can begin to see why Jimmy Wales espouses his medieval views on copyright – weakening property rights means everyone profits from the work except the person who creates it).

In short, you’ve been a mug.

And this seems to be the common thread. Strip away the language of "sharing" and "community" and you’ve got an economy that requires an endless supply of mug punters.

Now I’m pragmatic about "sharing economy" services, I don’t share the furious ideological objection (sharing economy = neoliberalism) that writers like Tom Slee and Evgeny Morozov advance. (Possibly because they have an academics’ fear of liberalism, hence the conspiratorial language.) Freeing up unused resources adds value to the economy and generally benefits both parties. I know people who’ve supplied rooms via AirBnB and really appreciated the money, as it’s earnings – real folding money - they wouldn’t otherwise have, for a resource that previously went untapped. Electronic networks are good at this: at finding this sort of resource, and bringing it into the real economy.

But I’m choosy about which services I use. I’ve used AirBnB for ages, but when it comes to taxis, however, I stick to my favoured private firms and licensed Black Cabs – confident they’ll adapt to the technology. With hire transport, I want an accountable system, not so much for me, but for teens and drunken clubbers.

Need more examples? When Apple bought Beats Music for $3bn, Vivendi Universal (the world’s biggest record company) saw a windfall of $404m. The musicians and songwriters? You hardly need to ask – they got nothing. Spotify’s IPO will see a similar wealth transfer that sees the people who create the wealth go penniless.

So shit happens. But what’s the real problem here?

Next page: Made you flinch yet?
Page:
Tips and corrections
43 Comments

Reputation management comes out of the shadows