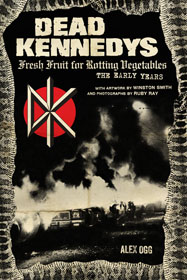 Alex Ogg is the editor of the academic journal Punk and Post-Punk and definitely has his work cut out mediating the last of the great punk rock feuds since Malcolm McLaren went to visit the Great Situationist in The Sky.

For over two decades, Jello Biafra – the lead singer of Dead Kennedys – has been at daggers drawn with his former bandmates East Bay Ray and Klaus Fluoride, and their spat shows no sign of abating.

It seems that they are unable to agree on anything. Even their memories diverge on just about every key issue. It is to Ogg’s credit that he has been able to construct such a fascinating and even-handed biography of the early days of the band, though it seems his patience has been sorely tried. The last line in the book reads, alluding to the remainder of the story: “Some other poor bastard can tackle that”. 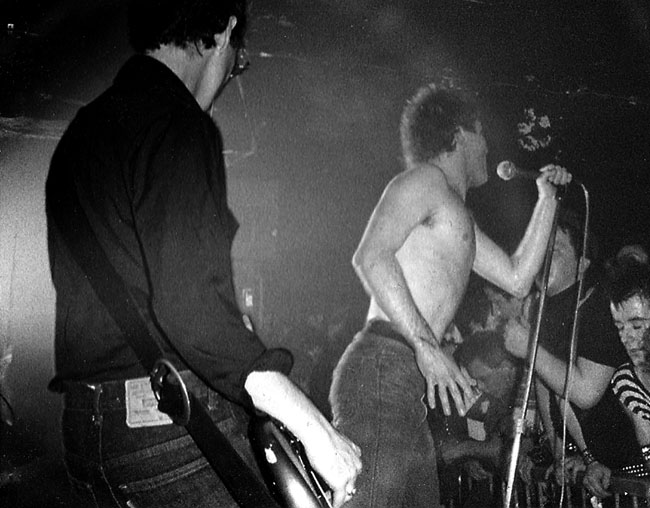 The spirit of the age: Dead Kennedys live

The book benefits from the collaboration of Winston Smith, who was responsible for most of the Dead Kennedys' artwork and which is spread liberally throughout the book, along with Ruby Ray’s captivating photos of the early San Francisco punk scene.

Alex Ogg’s book is likely to appeal not just to misty-eyed old punks but also to young musicians who will find many words of inspiration within, such as this description of the nascent SF scene: “The pressure was not on every band to sound the same and please the audience”. A better blueprint for musical creativity is hard to find. 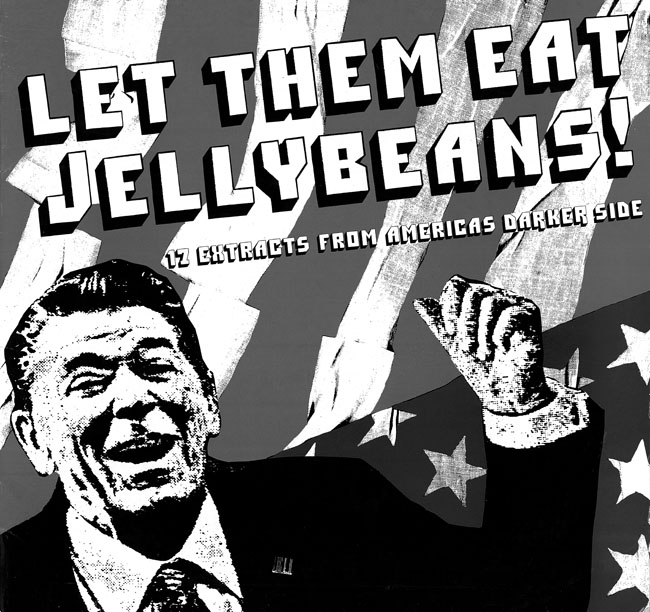 There are some unexpected collaborations revealed, such as how old beats Ferlinghetti and Ginsberg financed the SF punk fanzine Search and Destroy, and a great anecdote about the Dead Kennedys supporting Sun Ra, who reputedly enjoyed them. However their respective audiences were less enamoured of each other. 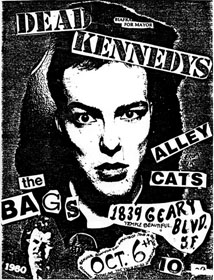 Alex Ogg has really gone the extra mile in his research and the result is a labour of love. We get insights from teenage punks who hitch-hiked after the band during their first UK tour and reminiscences from support acts.

There’s the occasional celebrity namedrop too, such as Bob Mould of Husker Du introducing Biafra to Lydon (aka. Johnny Rotten from the Sex Pistols), before making a quick exit “because I’d never get a word in edgeways!”

This book encapsulates perfectly the time when punk was a movement and not an scholastic subject. Moreover, it reminded me of how relatively late on the scene the Dead Kennedys were, especially in the context of other bands emerging the UK at the same time.

Their first UK single, California Über Alles, came out after the debuts of Gang Of Four and The Human League. Biafra claims to have listened to Joy Division’s Closer (released June 1980) while designing the artwork for the band’s debut albumFresh Fruit for Rotting Vegetables. 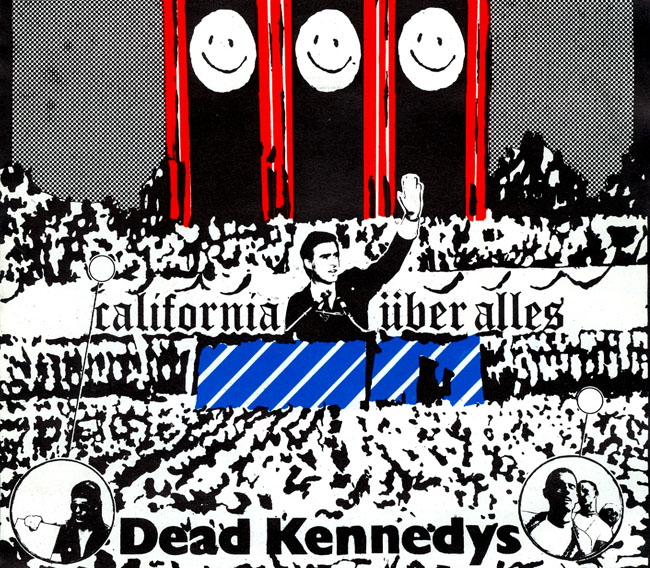 The last section of the book consists of quotes from a pantheon of latter-day musicians attesting to the lasting influence of the wit and provocation of the Dead Kennedys. I can certainly concur with the latter, having narrowly escaped a serious battering in the 1980s for wearing a homemade I Kill Children badge, a song title from the first album. 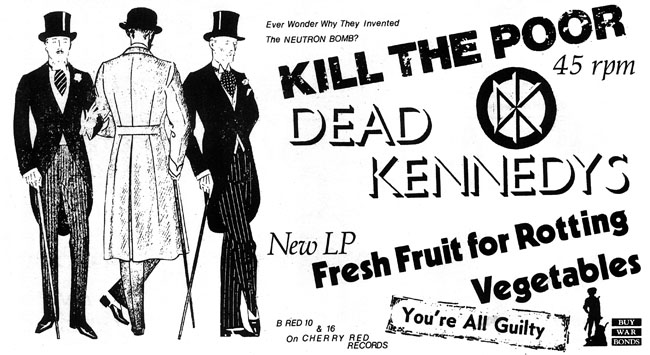 Advertisement from the pages of Winston Smith's Fallout magazine

Dead Kennedys is a riveting read, concise without being academic. It captures the era and the spirit of the times perfectly. Alex Ogg maintains a stoic patience until the appendix, where he shows a slight bias in favour of Ray and Klaus’ claims for writing credits on the album. I’m sure Jello’s lawyers will be in touch shortly after publication.