Wordsmith gripes about 'another sh*t feature' 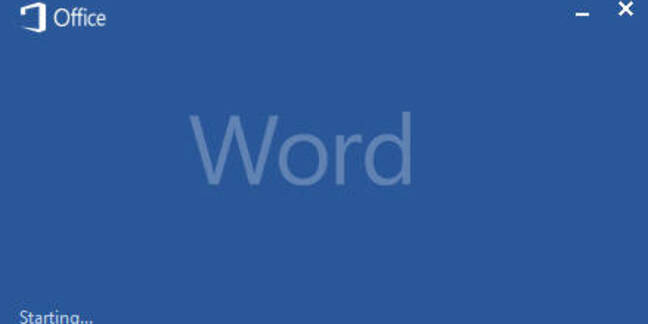 In August last year, one-time-sysadmin and now SciFi author Charles Stross declared Microsoft Word ”a tyrant of the imagination” and bemoaned its use in the publishing world.

“Major publishers have been browbeaten into believing that Word is the sine qua non of document production systems,” he wrote. “And they expect me to integrate myself into a Word-centric workflow, even though it's an inappropriate, damaging, and laborious tool for the job. It is, quite simply, unavoidable.”

Reynolds kicked off with this missive:

Another shit feature of Word that's driving me to distraction: http://t.co/wqnxB2sLbl

The link in Reynolds' Tweet goes to a Microsoft support page titled Scroll bar in word 2013 freezes. I need to move mouse to be able to scroll it. What is causing the problem?

A bit of Twitter banter followed Reynolds' Tweet, during which he explained he can't ditch the software unless an alternative “... can handle collaborative mark-up in the same way as Word, though, it's no good for the later stages.”

Which sounds an awful lot like the same complaint Stross voiced: the publishing industry is so into Word he'd like to work in another tool, but his editors prefer he uses the Microsoft tool.

Speaking of Microsoft, a later Tweet in the saga comes from one of Redmond's software engineers, one @CalvinWHobbes .

@AquilaRift Sorry for the trouble. I asked the Word team and there is a fix in the works. I will get you more information as I have it.

@CalvinWHobbes then offers personalised service, asking Reynolds to name the other things about word that drive him to distraction. Reynolds hasn't replied to that Tweet.

There's no resolution to the saga at the time of writing, but one thing is clear: Microsoft is losing the hearts and minds of British Science Fiction writers. ®