Linux turns 23 and Linus Torvalds celebrates as only he can

No, not with swearing, but by controlling the release cycle 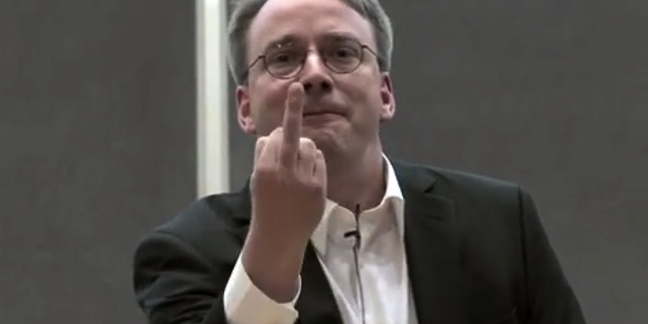 Linux-loving readers will note that releasing on a Monday is not Torvalds' style. He usually releases on Sundays.

“So I deviated from my normal Sunday schedule partly because there wasn't much there (I blame the KS and LinuxCon), but partly due to sentimental reasons: Aug 25 is the anniversary of the original Linux announcement ("Hello everybody out there using minix"), so it's just a good day for release announcements.”

Which made yesterday the 23rd birthday of Linux.

The release candidate itself is unremarkable: Torvalds says it is “All over the place … and nothing in particular stands out.”