More USB ports than your laptop? You'd better believe it...

Review You might think that as a purveyor of a nifty compact computer selling in the millions, you’d consider two years after the debut of your first offering that it was high time you tempted back the buyers with a go-faster, more capacious and shinier model. Heck, Apple and others don’t even wait that long: they upgrade products year in, year out. 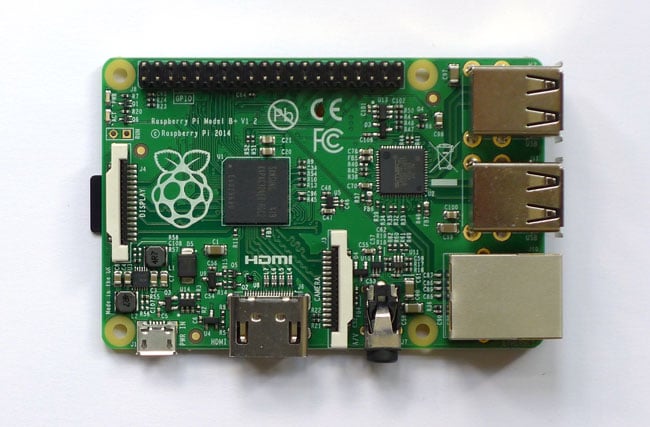 Not so for the Raspberry Pi Foundation, for whom such compressed upgrade cycles are vulgarly short. The very first Raspberry Pi Model B micros slipped out early in 2012, and just over two-and-a-half years later, we have the follow-up, the Model B+ – and it isn’t even an upgrade in the modern sense of the word.

It is a better device, but it has been given an old-style upgrade of the kind made back when the word meant a small incremental improvement and didn’t refer to an almost entirely new product that just happens to sport the same name as its predecessor.

Today, "upgrade" means chuck out your current product and buy a brand new one because it’s more shiny. Because the Pi Model B+ is still only 30 quid, an upgrade *de nos jours* isn’t a big deal, but don’t assume that you’ll be getting a completely new piece of hardware.

So what has changed? From a compute perspective, not a jot. The B+ runs no more quickly and has no extra memory than the B has. Pi eaters looking for a device with more for them to get their teeth into will be disappointed.

Spot the differences: The B and the B+ (left and right)

Instead, the Foundation has taken the opportunity to give the B a makeover in order to address some of the board layout issues and component gripes that users had about the original. It’s as if the B were the beta and the B+ the golden master. 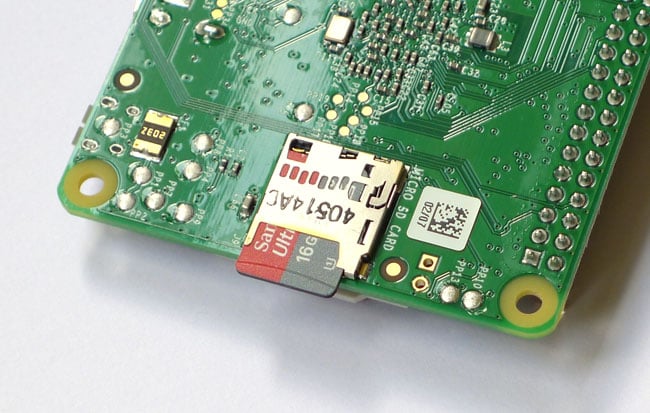 Spring-loaded Micro SD slot? Don't mind if we do

Gone, then, is the flaky, latch-less SD card reader, replaced by a Micro SD slot that is spring-loaded to prevent the inadvertent card removals that fritzed so many Model A and Model B users’ installed operating systems.

I had already converted to Micro SD for my Pi storage, using a three-quarter size SD adaptor, so I was able to take the storage out of my B and pop it straight into the B+ and have it boot without any bother. That’s a sign that, from the perspective of the software, nothing has changed.

Indeed, that’s the point: changing some of the major components would have inevitably required users to start from scratch with a fresh install. Of course, folk who haven’t already migrated to Micro SD will have to anyway. Or not, since the benefits of the B+ are limited. 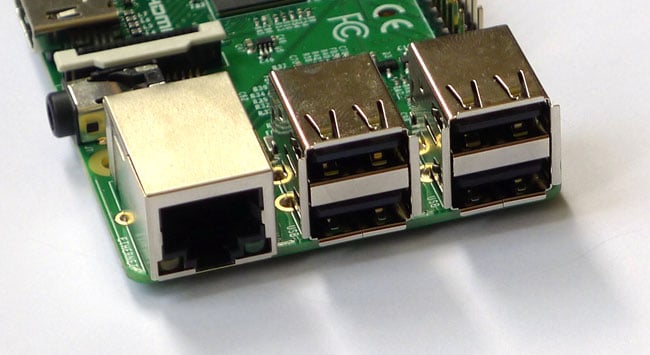 The B+ sports FOUR USB ports

The Model A Pi’s single USB port was next to useless; the B had two, which was useful but still not enough to connect a mouse, keyboard and Something Else unless you had a USB hub. The B+ has four USB ports, more than my laptop, though my laptop has Wi-Fi, Bluetooth, keyboard and mouse built in. None of these are integrated into the Pi, making USB ports a much-treasured resource. The ports aren’t quite flush with the edge of the board, but they don’t poke out as far as they did on the B and they align with each other and the Ethernet port.

The B+ sports improved power regulation circuitry: out goes the old wasteful linear regulator, in comes an much more efficient switching regulator. That helps drive the extra USB ports, but there are still limits. I have an old 2.5-inch laptop hard drive in a bus-powered caddy, but the B+ couldn’t provide it with sufficient power – and I use a 5V, 2A USB AC adaptor. Even removing the keyboard, wireless mouse dongle and a USB stick didn’t help, ditto shifting to a 5V, 2.4A adaptor, so there may well be some instances where you’ll need extra juice.

So if you’re thinking about replacing your Model A or B, make sure you don’t sell your USB hub too.

That said, smaller external hard drives ran without a problem. So much depends on precisely what you want to hook up to the Pi: drives, webcams, wireless network adaptors, whatever. For me, the important thing is having enough ports for day-to-day usage – ie, keyboard, mouse and occasional USB stick – so I pack away the hub. If you do use a hub, the Foundation has eliminated back-powering, an issue that bothered some A and B users.

Gone are the separate RCA composite-video and 3.5mm audio ports, both replaced by a single 3.5mm port that handles both sound and vision. Better circuitry – a dedicated power supply, essentially – means there’s less noise to interfere with the audio signal. It has been relocated to the other side of the board next to the HDMI jack, which now supports bus-powered VGA adaptors, says the Foundation. The board’s display and camera connectors are still present.

Bringing the AV ports together would have made sense even if the Foundation hadn’t chosen to expand the B+’s GPIO pinout, but it has done just that, increasing the count from 26 pins to 40.

Next page: Are you compatible?
Page: