More USB ports than your laptop? You'd better believe it... 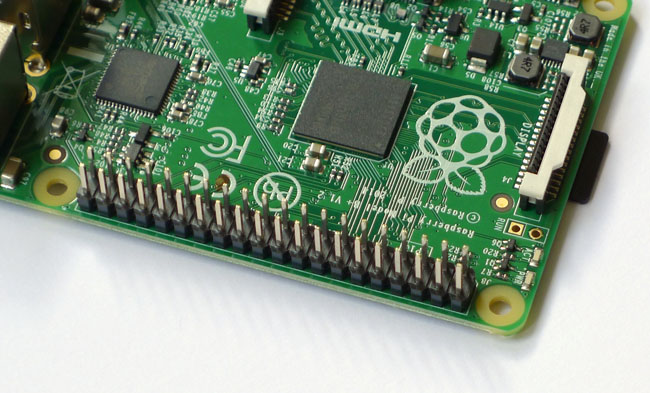 It’s a bit of a cheat: the B had the extra GPIO too, but they were routed to other parts of the board and left unattached to header pins. They’ve now been corralled to extend the original two rows of GPIO pins, which retain their numbering and functionality. The upshot is that the extra pins won’t prevent existing add-ons being used: just slot them onto the first 26 pins on the board and use them as before.

What will prevent old kit being used, however, is the extra USB ports. A fair few add-on boards were cut to drop in alongside the Pi’s connectors, allowing them to be pushed down as close to the Pi as possible.

The layout changes will mess many of these up – my PiFace, for instance – requiring either the use of a GPIO extension cable, a 26-pin GPIO raiser, or the purchase of a new, updated add-on. Smaller boards are generally fine – my PyGlow continues to operate as a colourful system monitor for the Pi in headless mode. Larger boards with depth-extended female connectors – such as the Pi-Lite – should still work too.

For the same reason, existing Pi cases will not work with the new model. Here, the decision to move the micro USB power jack from the back of the board to the side (next to the HDMI port) will hinder attempts to hack cases to fit the new board, though you could probably cut one end away to ensure all the new USB ports are exposed. You could even drill extra holes in the base to line up with the B+’s four mounting points, evenly arranged at edges of the board. 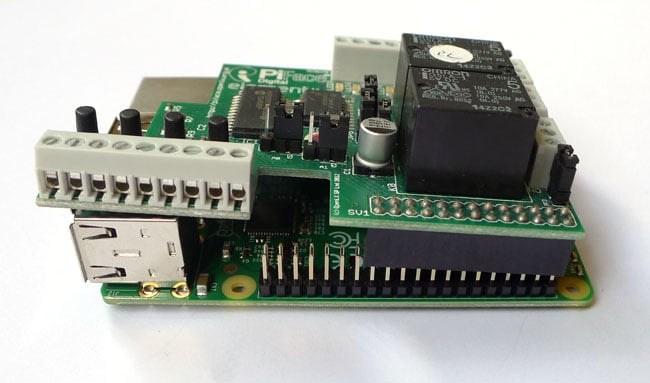 New cases will be less bright affairs: the Pi’s five status LEDs have been reduced to two: power and disk activity. The board’s Ethernet jack has two built-in LEDs to replace the three network-centric indicators on the old board.

There are broader improvements to the GPIO that make all this case business irrelevant. Two of the pins are intended for I2C EEPROM connectivity, but the Foundation will be using them for add-on board interrogation, part of a new spec it’s calling HAT (Hardware Attached on Top).

It’s the Pi answer to Arduino’s shield system, and defines a standard schema for implementing Pi-friendly cards. The specification includes auto-configuration and automatic driver setup, and aligned mounting holes to boards can be bolted to the host Pi. The Foundation says HAT is optional, but such initiatives have a habit of becoming de facto standards, so adopting the B+ might well seem the best way to future-proof your Pi rig.

It also explains why so many of the emerging B+ cases are considerably taller than old ones: it's all the better to accommodate HATs. 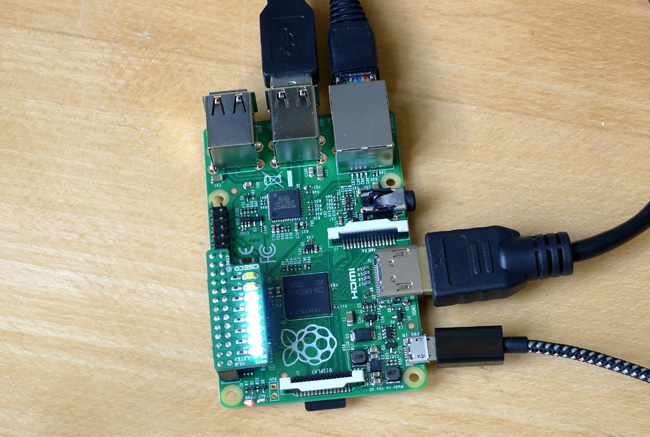 The B+ is unquestionably a better Pi than its predecessor. It’ll make your battery-powered projects run further, its solid-state storage card is held more securely and its extra USB ports mean you can probably do without a USB hub at long last. Yet it’s fully compatible with your existing setup. Only if you need to convert from SD or Mini SD to Micro SD will you have any bother there.

For me, 30 quid isn’t a barrier, so I’ll be availing myself of a B+ to replace the B I currently mess around with. The extra USB ports and support for a new generation of add-on cards make it a no-brainer. Yes, I certainly tip my HAT to the new Pi B+. ®