Tim Cook: I'm NOT worried about CRAP iPad sales. It's just a 'speedbump'

'We couldn’t be happier with how we’ve done' 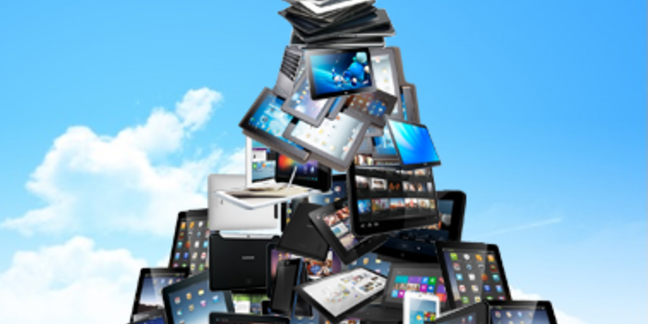 Tim Cook has claimed the slowdown in fondleslab sales is not a sign of Apple's imminent demise, but merely a "speedbump" along the path to tablet world domination.

Both Apple and arch-rival Samsung have been experiencing poor tablet sales, with partners of the South Korean firm sitting on some 300,000 units that no one wants to buy.

But this isn't the end, Cook insists. Tablets will rule the world - we just need to be patient.

"We couldn’t be happier with how we’ve done with the first four years of the iPad,” Cook said. “I’d call what’s going on recently a speed bump, and I’ve seen that in every category.”

The world's computer buying public seems as keen as Moses to smash Apple's tablets – just a short while after they were brought down from the Cupertino mountain. Certainly, our team at The Channel reported that Apple had flogged one million fewer iPads during the second quarter of 2014 than in the previous year, representing a 9.2 per cent to 13.2 million.

The problem, we were told, is that those fruity fondleslabs are just too damned expensive. Also, we might add, they haven't really changed much over the years. There really is little point upgrading from, say, an iPad 3 to an Air, because apart from a fairly hefty performance hike, they pretty much do all the same things.

This leads us to ask the eternal question of the mountain men of Cupertino: will you release something new or will we have to keep taking the same boring old tablets? ®

If at first you don't succeed, there's always Linux, eh?