Weren't at VMworld? Here's what you missed

The time around VMworld - which runs from 25 to 28 August in San Francisco – saw a frenetic pace of announcements which were obliterated from the main news radar screens by things like VMware’s EVO: RAIL. Here’a catch-up list of many of them.

In alphabetic order of the suppliers:

Cray announced the CS-Storm, a GPU-dense accelerator supercomputer system based on Cray’s air-cooled CS300 cluster architecture. It uses Xeon E5 2600 v2 processors along with up to eight NVIDIA Tesla K40 GPU accelerators per node (for a ratio of up to 8:2 GPUs to CPUs per node).

Stifel Nicolaus MD Aaron Rakers notes: “The CS-Storm provides a peak performance of +11 teraflops per node and Cray highlights that the CS-Storm is one of the most powerful single-node cluster architectures in the industry (a four cabinet CS-Storm system can provide +1 petaflop of peak performance)” He says Cray is targeting the CS-Storm at use cases such as cybersecurity, geospatial intelligence, pattern recognition, seismic processing, rendering and machine learning in the energy, life sciences, financial services, and geospatial intelligence industries. 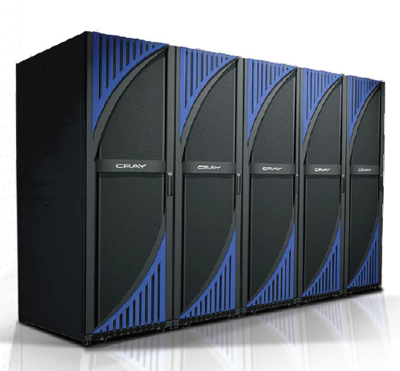 Rakers adds: “The CS-Storm is available in flexible configurations. For example, a 48U standard rack can hold twenty-two 2U compute nodes, which each have up to 2 Intel CPUs and 8 NVIDIA Tesla GPU accelerators. The CS-Storm is currently in limited availability with GA in 4Q14. Cray has reported that pricing would be roughly $1 million for a fully loaded CS-Storm rack.”

IBM is collaborating with Deutsches Elektronen-Synchrotron (DESY), a national research centre in Germany, to speed up management and storage of massive volumes of x-ray data. The data comes from a 1.7 mile long PETRA II accelerator and the Elastic Storage (GPFS re-named) system can cope with more than 20GB/sec. In effect PETRA II is a super microscope that speeds up electrically charged particles nearly to the speed of light – approximately 186,000 miles per second – and sends them through a tight magnetic slalom course to generate synchroton X-ray radiation of its kind.

DESY and partners are building the X-ray laser European XFEL, a research light source that will generate about 100PB of data a year. IBM expects its Elastic Storage to cope with that too. It is the same data volume as CERN’s Large Hadron Collider (LHC) generates.

Imation announced its Nexsan E-Series arrays can use 6TB drives, enabling more than 1PB in 12U and more than 3.5PB in a whole rack. Faster 16Gbit/s Fibre Channel support has been added along with snapshot cloning. Also “support for Microsoft’s Offload Data Transfer (ODX) to minimise the host resources required for data transfers and eliminate the SAN as a bottleneck for files such as databases and video.”

Maxta has produced its MaxDeploy reference architecture based on Intel server boards and SSDs, and systems, as well as disk drives and network softwareitches. It uses MxSP storage software and runs in a virtualised environment.

Yoram Novick, founder, president and CEO of Maxta, commented on the Simplivity-Cisco deal: "We are excited to see additional market validation and continued interest driven by the compelling benefits of hyper-convergence. Maxta's MaxDeploy is a reference architecture for ALL server platforms. With MaxDeploy reference architectures, customers can also benefit from the flexibility to run on all x86 server platforms rather than one or two."

In September Microsoft will add new SQL database service tiers generally available on its Azure cloud with lower prices and better service-level agreements. The details below are copied from a Microsoft blog:

Overland Storage has been in an announcement overload state. We noted these events: 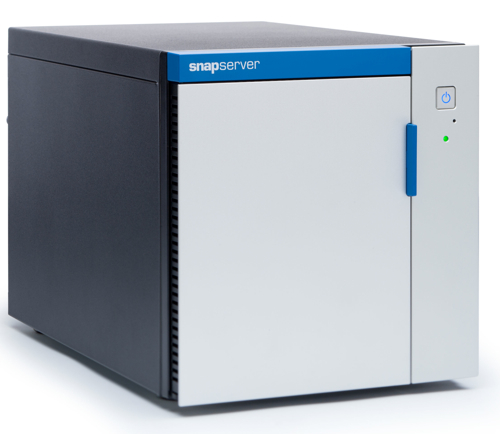 Quantum “announced StorNext Connect, an easy-to-use tool set that simplifies the installation, discovery, management and monitoring of StorNext environments.” Mike Cavanagh, President of Quantum customer Key Code Media, was keen, very keen: "StorNext Connect is a true game-changer for media production. Not only is workflow storage management so much easier, but the greatest benefit is how simple it is to optimise and troubleshoot your deployment." 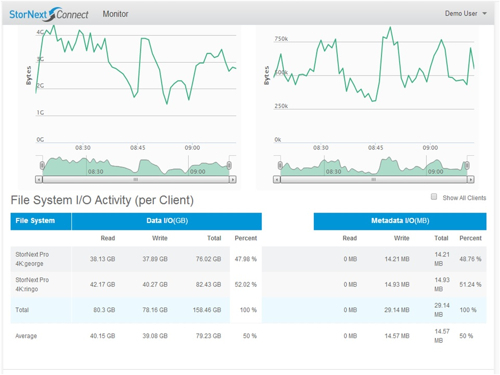 Seagate’s LaCie has a monster capacity lightning fast rack shelf, the 8big Rack Thunderbolt 2 with 8 x 6TB 7,200rpm disk drives and speeds up to 1.33GB/sec. That’s 48TB accessed over a single Thunderbolt cable. It beats 8Gbit/s Fibre Channel by being, Seagate says, faster and not needing a Fibre Channel infrastructure.

It says 4K video workflows should benefit from using it: “ With this kind of performance, videographers can work directly from RAW files in Apple Final Cut Pro or Adobe Premiere get maximum quality from footage and see edits in real time. 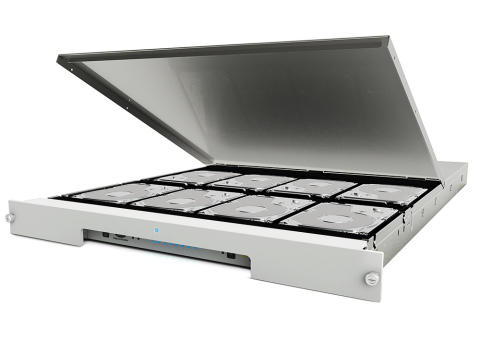 In keeping with LaCie’s design emphasis the box has been designed by Neil Poulton which seems overkill when all he’s got to play with is the front plate. Check out the bezel in the picture above.

StorTrends said demand for its hybrid and all flash storage arrays for virtual and physical environments is escalating. It says 3500i is the only storage area network (SAN) device to combine solid state drive (SSD) caching and SSD tiering into a single storage appliance. The box enables both SSD cache and SSD tier upgrades: there are options to upgrade from 200GB SSD drives to 400GB, 800GB or 2000GB ones.

WD celebrated the tenth anniversary of its MyPassport drives with a limited anniversary edition in fetching metal cases, using “a unique and innovative radial-spin-design aluminum”, smaller than the current enclosures. Capacities go up to 2TB. Buy them at the WD Store and various etailers/retailers and distributors.

Zerto said its Virtual Replication will offer support for Microsoft Hyper-V and replication to Amazon Web Services (AWS). It says “these updates represent Zerto’s continued creation of a new hybrid-cloud infrastructure layer called “Cloud Fabric,” which allows organisations to seamlessly move and protect virtualised workloads between clouds [and] across … hypervisors such as VMware ESXi and Microsoft Hyper-V, and cloud providers including Peak 10, iLand, Veristor and Amazon.” Cloud Fabric connects any hypervisor, cloud or storage environment.

Zerto claims “Hyper-V support in Zerto Virtual Replication will enable protection and replication between Hyper-V environments and cross-hypervisor replication for mixed environments (VMware to Hyper-V and Hyper-V to VMware).”

As you see, a veritable blizzard or blitzkrieg of announcements, and this isn't all of them. Storage is both frustrating and fascinating. It's a struggle to try and make sense of all the separate strands of activity. Good luck. ®