GCHQ protesters stick it to British spooks ... by drinking urine 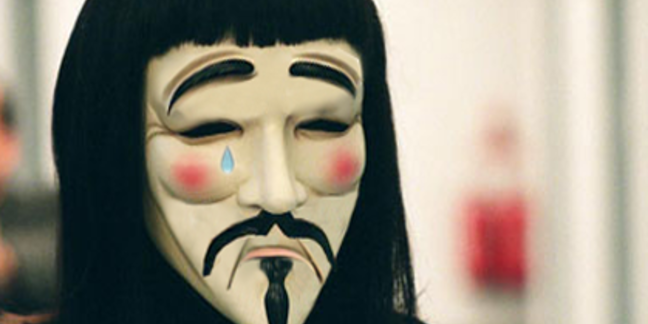 A number of protesters haranguing UK spies stationed at the country's Government Communications Headquarters (GCHQ) have taken to apparently drinking human urine to publicise their disgust with the eavesdropping nerve centre's surveillance tactics.

A video has been posted online that appears to show activists from the We Are Anonymous group drinking wee from a potty, after cops who were present at the Cheltenham site declined to accept "the throne" trophy on behalf of GCHQ for allegedly "taking the piss" with Brits' privacy.

People taking part in the four-day-long peaceful protest were warned by local plods not to take images of GCHQ employees.

Gloucestershire Police said in a Facebook post last Thursday that protesters would be advised around the legality of taking pictures of staff based at Cheltenham's concrete doughnut.

We know people will have cameras with them and we will be guiding protesters around the legality of taking pictures outside GCHQ as part of our "no surprises" approach.

While discretion will be used in each case, protesters should be aware that they could be breaking the law if they attempt to take photos of any GCHQ staff.

We would urge anyone attending the protest to be aware of this and consult an officer if unsure.