Broadcom has released a US$20 Internet of Things thing it hopes will give developers a cut-price way to explore the sensor-tised kinds of applications a wired world enables.

A companion app – iOS for now, Android in October – drives the device from either a phone or a fondleslab.

Broadcom is using all the right words – democratisation, innovation, entrepreneur and DIY-er among them – to talk up the device's potential. At US$20 the device certainly offers low barriers-to-entry for would-be IoT devs. Whether everyone who can afford that small sum can also wield the accompanying SDK, which runs on Windows or Linux, offers ARM RealView RVDS and CodeSourcery G++ Lite tool-chains and integrates with an Eclipse IDE, remains to be seen. ® 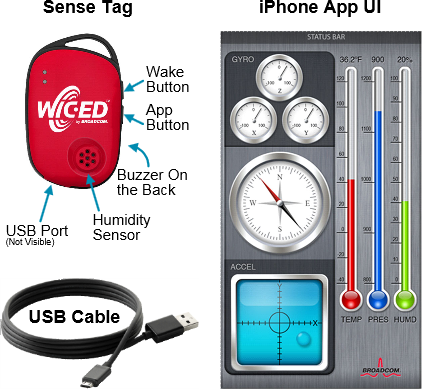