Mass ejections flung into space as the Sun does its thing 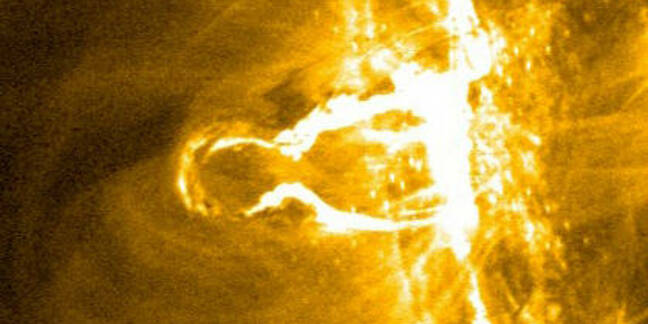 The Sun had a flurry of flare activity at the end of August, releasing over half a dozen solar flares in a day, some of which were accompanied by coronal mass ejections.

NASA’s Solar Dynamics Observatory spotted the activity in images captured at extreme ultraviolet wavelengths, which can only be done from the vacuum of space.

The EUV channels span a range of extremely hot temperatures – up to ten million degrees Celsius – making it a good way to have a peek at such a dynamic active region of our nearest star.

The two larger flares from the Sun were M-class, which stands for moderate, while all the others were just small flares. However, the activity also set off some coronal mass ejections – massive bursts of solar wind and plasma that erupt into space.

CMEs are usually caused by large flares and can release up to a hundred billion kilos of super-heated electrons, protons and heavy nuclei at speeds of up to two million miles per hour. They are the biggest explosions in our solar system, according to NASA, roughly approaching the power of a billion hydrogen bombs. ®