Sysadmins trying to harden user passwords against brute force attacks, or everyday folk trying to make sure their passwords don't lead to nude selfie leaks may not need to bother, according to the latest research from Microsoft mavericks.

Redmond password provocateurs Dinei Florencio and Cormac Herley say password hardening isn't worth the effort to protect against brute force attacks - advice that came two months after they derailed the best practise wagon by stating everyone should choose simple login credentials and reuse them across websites.

Strength meters - the small bars that tell you if your password is weak or strong - are useless, the pair argue. So are guidelines suggesting users must have mixed-case and special characters, or be of some pre-defined length.

"Honesty" they said "demands a clear acknowledgement that we don't know how to [resist offline password guessing]: attempts to get users to choose passwords that will resist offline guessing ... must largely be judged failures."

"Failed attempts ensure a large-scale waste of user effort, since exceeding the online while falling short of the offline threshold delivers no security benefit."

The pair make these assertions in a paper An Administrator’s Guide to Internet Password Research [PDF]. 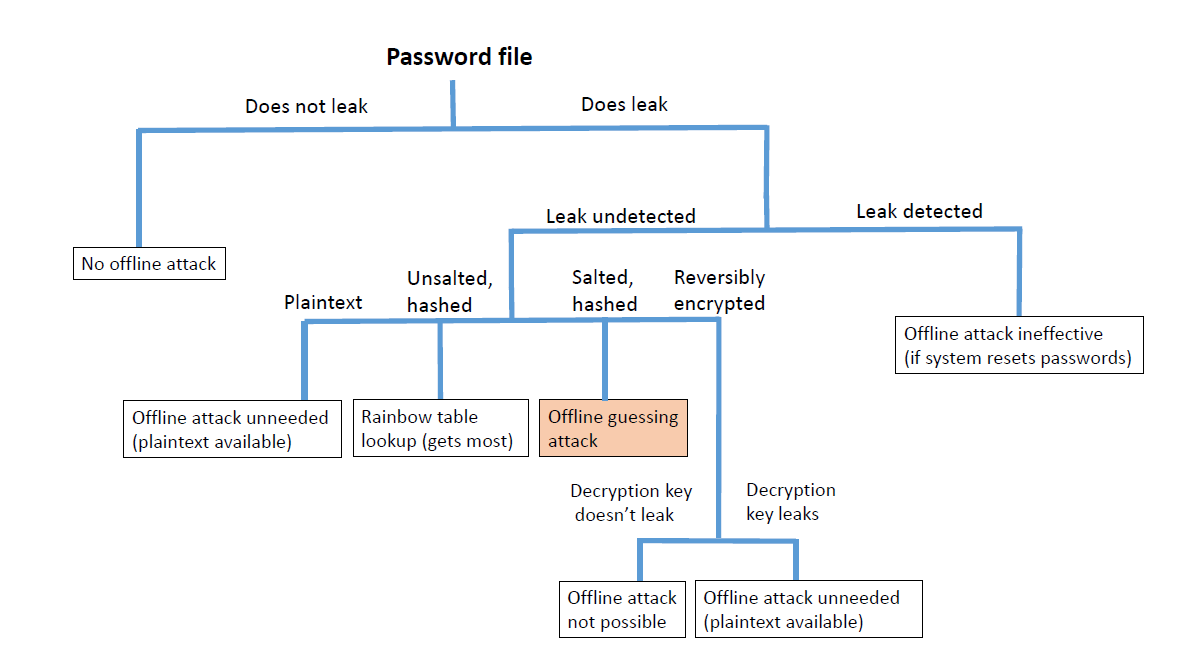 Rather than relying on what were formerly considered truth bombs from the like of xkdc and other security bods that passwords ought to be lathered in entropy, Florencio and Herley set off to determine fact from fiction by using a combination of "literature survey and first-principles reasoning to identify what works, what does not work, and what remains unknown."

They found that requiring strong passwords is a waste of time when other security mechanisms, such as encryption and hashing, are absent or badly implemented.

Administrators should instead take a leaf from the books of Facebook, Fidelity and Amazon (but not Twitter) and let users pick simple PINs by using adequate security systems that made the codes resistant to offline attack.

This theory supposes that if password security systems are adequate, offline guessing will be eliminated because the credentials will be safe.

Online brute-forcing could be mitigated using mechanisms like rate-limiting, whitelisting of known user devices, and by banning users from selecting super-popular passwords - all of which are less irritating than common password requirement schemes.

"Demanding passwords that will withstand offline attack is a defense-in-depth approach necessary only when a site has failed both to protect the password file, and to detect the leak and respond suitably," the duo wrote.

A cracker with a password file in hand nabbed quietly from a website's back-end could consult rainbow tables for offline guessing of hashed-but-unsalted passwords.

For reversibly-encrypted codes that use a strong algorithm, crackers would need the relevant decryption key. Without it, they would have no effective means of offline attack - even if the user's password was 123456 - the duo wrote. ®