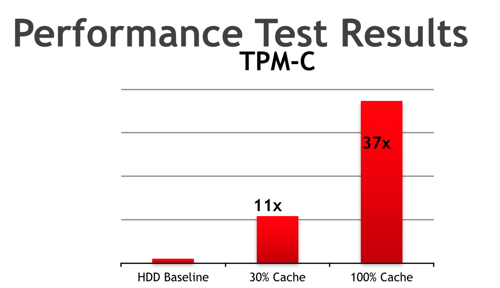 SanDisk has flash caching and storage memory software products, courtesy of its Fusion-io acquisition and its purchase of FlashSoft for PCIe caching software in 2012.

That's a lot of flash-related software. Dell has decided it needs to speed apps that rely on disk IO by caching their hot data in SSDs, any brand SSDs, and is OEM'ing SanDisk's DAS Cache software to do it. The software supports both write-through and write-back caching.

The cache can scale up to 16TB with up to four caches per server, to enable different levels of quality of service (QoS). SanDisk says OLTP, analytics (BI and OLAP), high-performance computing and general enterprise apps can all get accelerated by this caching.

Naturally it's sold, supported and validated by Dell, and we suspect SanDisk is pleased as punch with this deal. ®