More than 5,500 jobs could be axed if rescue mission fails 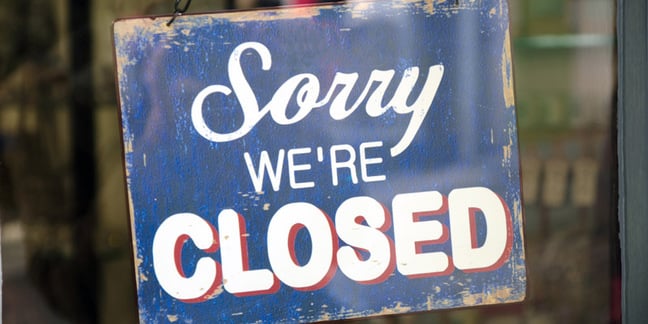 Phones 4u fell into administration late on Sunday, after carrier EE cut its ties with the UK retailer.

The company said in a statement that's EE's "unexpected" decision not to renew its contract with Phones 4u meant the High Street business would be without any mobile network partners.

EE's withdrawal from that deal, which runs until September 2015, comes not long after Vodafone ended its contract with the firm, which employs 5,596 staff across its 550 stores.

Phones 4u added that the lose of EE's contract - which was confirmed to the retailer on Friday - had "come as a complete shock to the business", after Voda ditched the agreement it had had with the company.

Until recently, Phones 4u claimed that EE and Vodafone had "indicated" that the retail outfit was a "long-term strategic partner."

Phones 4u is seeking to appoint PwC as administrators at the firm, which has a turnover of £1bn and "significant cash in the bank". Its stores will be closed while administrators, who are to be appointed by Phones 4u's private equity owner BC Partners, attempt to mount a rescue plan for the business.

“Today is a very sad day for our customers and our staff. If the mobile network operators decline to supply us, we do not have a business," said Phones 4u boss David Kassler. "A good company making profits of over £100m, employing thousands of decent people has been forced into administration."

He added: "The great service we have provided should have guaranteed a strong future, but unfortunately our network partners have decided otherwise. The ultimate result will be less competition, less choice and higher prices for mobile customers in UK.”

Our overriding concern is for all the dedicated hard-working employees of Phones 4u at a time of uncertainty for the company.

Vodafone has acted in exactly the opposite way to what they had consistently indicated to the management of Phones 4u over more than six months. Their behaviour appears to have been designed to inflict the maximum damage to their partner of 15 years, giving Phones 4u no time to develop commercial alternatives.

He added that EE's decision to cut ties with the company was "surprising in the context of a contract that has more than a year to run."

An EE spokesperson told The Register:

In line with our strategy to focus on growth in our direct channels and to move to fewer, deeper relationships in the indirect channel, and driven by developments in the marketplace that have called into question the long term viability of the Phones 4u business, we can confirm that we have taken the decision not to extend our contract beyond September 2015.

We will monitor developments and work to provide any necessary support for customers who joined EE through Phones 4u.