I took a lot of drugs in the 1990s, but from the account in Maureen Callahan’s Champagne Supernovas not half as many as my contemporaries Kate Moss, Alexander McQueen and Marc Jacobs – just reading the account of McQueen’s coke habit gives me chest pains. 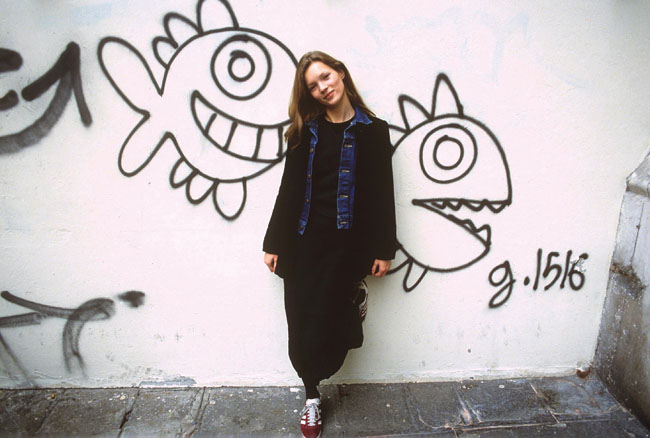 Champagne Supernovas is a detailed if somewhat depressing examination of the rise and rise or fall, of three iconic fashion figures, who took their damaged souls and astonishing vision to make fashion the rock 'n' roll of the 1990s.

I was witness to this shocking sea change, as shoulder pads gave way to jeans and jumpers on the catwalk and Pulp’s common people became trendsetters led by their suburban Joan of Arc, a skinny girl from Croydon. 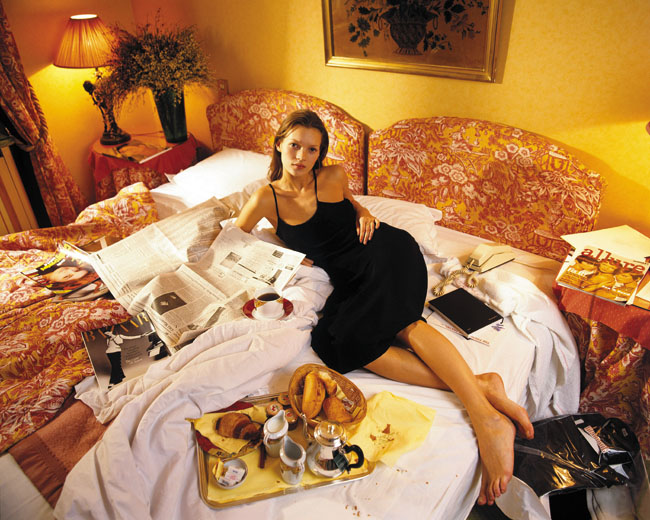 The fashion world’s most privileged urchin lounges in a luxury hotel in Paris, 1993. © Geoff Wilkinson/RexUSA

It’s the chapters on Kate Moss that are the most intriguing: her astonishing ability to resurrect Calvin Klein as a brand and finally become one of the most iconic brands of the century herself are the glitter glue that holds this book together.

Photographed by Corinne Day – who tried to emulate the style and substance of one of my favourite photographers Nan Goldin – the erstwhile foster mother and daughter changed the face of global fashion with overexposed junkie chic styling. 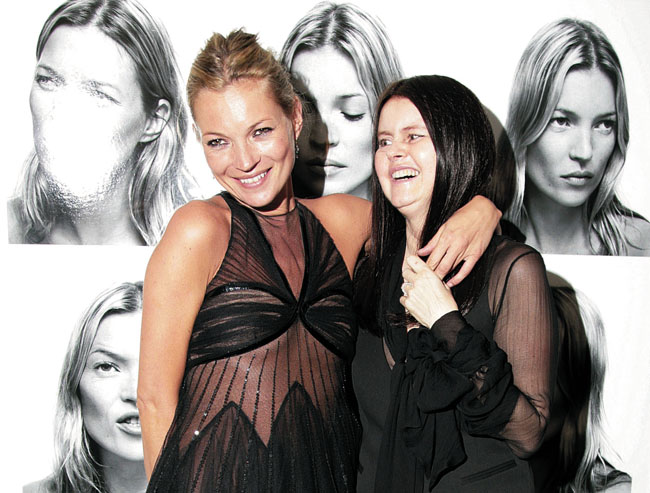 Callahan blames Kate’s run-in with Hollywood – her doomed relationship with Johnny Depp and too many parties at The Viper Room – for forcing her into the arms of Pete Doherty, from whom she eventually fled after The Sun exposé and a stint at The Priory. 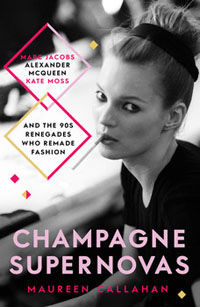 I remember the outrage surrounding Marc Jacobs’ “grunge collection” and the vitriol it generated among my punk peers. It’s beyond me why this American has been held up as iconic in the same dialogue as McQueen and Moss.

That said, Callahan does credit Jacobs along with Tom Ford for mainlining art into the fashion elite.

On reflection, I'd say that Murakami's handbag artistry remain the only high fashion items that I have ever coveted. 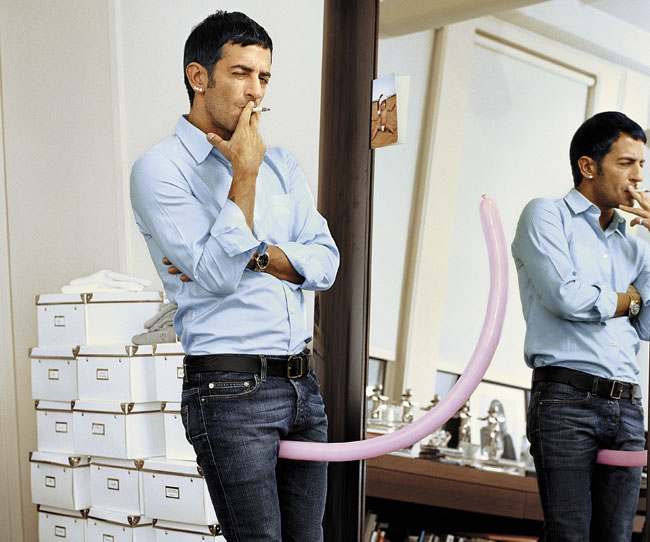 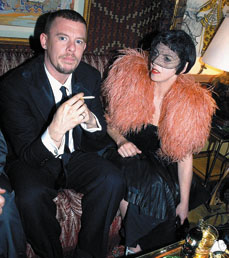 Both battling with depression, McQueen poses with
his mentor and muse Isabella Blow in 2004 © Retna

Yet out of the three figures profiled, McQueen is undeniably the true auteur and it’s his story that unfolds with fitting romantic savagery and ultimately suicide. Self-mythologising aside, McQueen was the Francis Bacon of the fashion world. 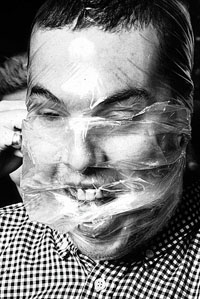 Decadent, disease riddled, severely depressed and alone, Callahan proposes that McQueen became what he despised the most.

By documenting this period during her own work as an editor and writer, in magazines such as Sassy and Spin, Callahan builds this book out of personal reference materials.

Yet just like the frenzied conversation of a coke head, her book sometimes rambles and repeats itself, but her ability to uncover parallels between her subjects' extensive drug use, their creative vision and unbridled determination – ultimately securing their places in fashion and contemporary artistic history – is to be commended.