And two-factor authentication is for the hoi polloi 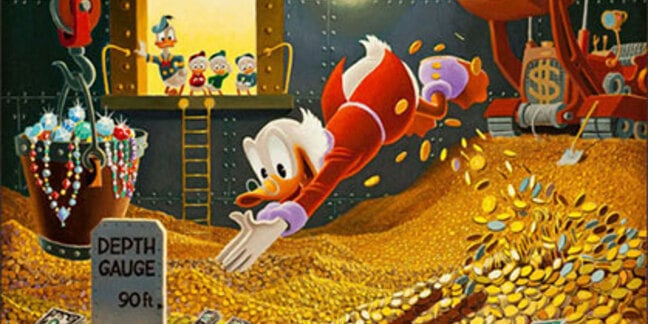 Social networks for the rich and famous are nothing new: the first one started about ten years ago. But, this week, a new site called Netropolitan has emerged, and thinks it's cracked the reason why so many of them fail – they just weren't charging enough dosh.

"No one has ever thought of charging a substantial fee for social network membership of a social network, it still astonishes me," Netropolitan founder James Touchi-Peters told The Register today.

"I started researching this four years ago and was astonished that no one had tried the one thing that physical clubs have been doing for one or two hundred years."

The new social network, which officially launched on Tuesday, charges a $6,000 joining fee and then $3,000 a year for membership. For that the members get an ad-free "online country club," for people who just don't live the kind of lifestyles the rest of us do, according to Touchi-Peters.

The former conductor of the Minneapolis Philharmonic Orchestra said the $9,000 price tag is comparable in price to the fees charged by exclusive member's clubs. However, splashing out on membership on a country club does at least give you access to a physical place with comfy chairs and a well-stocked bar, not just a bunch of similarly rich people going online.

"At some point you get to be middle aged and realize your life isn't like others," he said. "There's demand for wealthy people who are looking for others to converse with about their lives."

One of F. Scott Fitzgerald's most famous and misquoted lines comes from his story The Rich Boy: "Let me tell you about the very rich. They are different from you and me." Touchi-Peters thinks this is certainly true and is banking on them being willing to splash out to avoid rubbing shoulders with the (financially) lesser classes online.

The site, it's claimed, won't do the kind of user analytics and advertising that has made Facebook's Mark Zuckerberg a multibillionaire, and users won't be allowed to pitch for business on the site's messaging service. They will however be able to set up groups for their business and a classified advert section is planned so the super rich can sell off their possessions.

As for security, Touchi-Peters claims the site was coded tightly. Yet, two-factor authentication isn't used as he felt it would be too much of a hassle and instead users sign in with a password, and have to swipe an on-screen bar to get in, something Touchi-Peters thinks will fend off automated attacks.

That said, if the US government comes calling, the site will hand over personal details, he said. The servers are based in America, and are subject to the same surveillance laws as everyone else.

Whether there is an appetite among the rich and famous for their own little online hideaway remains to be seen. Certainly others have tried and failed in the past, but given that some people were willing to part with $1,000 for the iOS 'I am rich' app, Touchi-Peters may be onto something.

That said, if it doesn't work out then people will get their money back, he promised. The company's investors have agreed an "internal definition for success," and if that isn't met then the money will be returned to the members and the site wound up. ®