India's Mars Orbiter Mission (MOM) has made its first course correction since June and is now on track to to arrive in orbit around the red planet on September 24th.

Known to Indians as “Mangalyaan”, the craft is famous for having left the launchpad, and Earth, last November for the tiny sum of US$74m.

The craft has since performed flawlessly and on Sunday (September 14th) performed a course correction to nudge it into a better spot from which to enter Mars Orbit.

The Indian Space Research Organisation has published a handy slide deck (PDF) explaining what happens next. There's lots of little chores like uploading of commands going on at the moment, but things get interesting on September 24th.

Here are the slides explaining the action on that day: 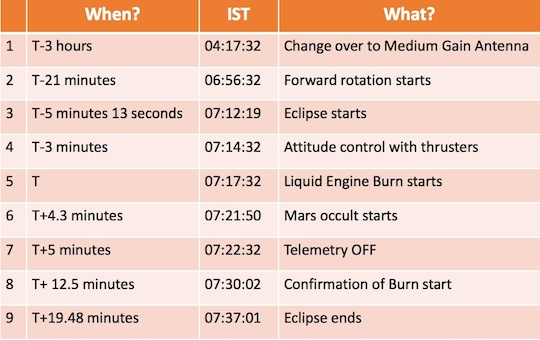 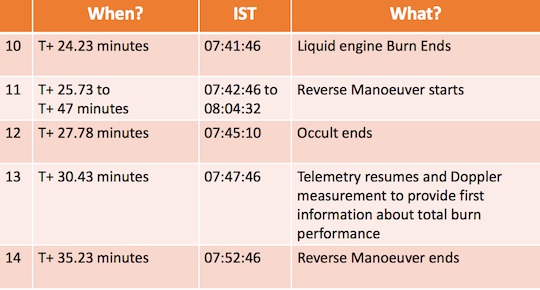 Here's how the final burn is expected to play out: 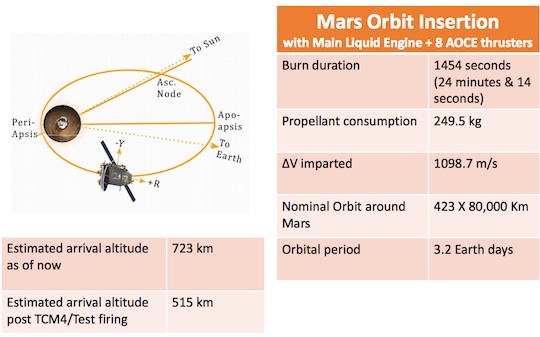 Once the craft nestles into that orbit, its five instruments will hopefully start to beam back new information about Mars. Those instruments comprise:

ISRO generally offers a stream of its big events and The Reg will do its darnedest to bring it to you on Mangalyaan's big day. ®