Amazon.com has given its Kindle range a thorough refresh, springing a new range on world+dog today without the usual weeks of “will they or won't they and what's inside” leaks and speculation.

Instead we got a series of trim announcements of the new range, which comprises:

There's also content bundles galore, with options for each model. The Kids edition comes with 5,000 pre-curated educational titles so parents can feel better about outsourcing their offspring's education to The House of Bezos.

Version 4.0 of Fire OS, dubbed “Sangria”, offers “Advanced Streaming and Prediction which predicts the movies and TV episodes you’ll want to watch and starts them instantly” plus a “Smart Suspend” feature that “develops a device-specific profile for when the tablet is typically not in use and proactively turns wireless off and on to deliver up to 25% more standby battery life.”

There's also a new way to share content among family members and a UI said to do away with navigating up and down through folder hierarchies. 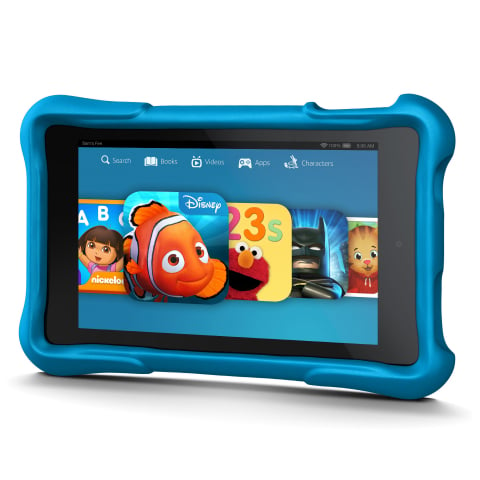 Whatever your kid does to this in two years, Amazon will give you a new one

Amazon's in pre-order mode for all the new models, with a promised shipping date of October 21st. ®